As a former language interpreter for presidents and other top government officials, I was present at a number of secret meetings where the only people allowed were the top officials and their interpreters. For most of my 18 years working with the U.S. Department of State, I did not see or hear anything which would support the belief of some of my conspiracy friends that global politics is largely controlled by a small group of evil men behind the scenes who wield inordinate amounts of wealth and power.

I laughed at the level of paranoia I perceived in these friends, as I had been in top secret meetings and never seen anything to support their fearful beliefs.

Then in 2001, a wonderful friend sent me a life-changing video. The powerful, reliable information in this astonishing video shook me to the core, as it revealed a major cover-up of UFOs. Generals, astronauts, and other highly respected individuals sharing their personal experiences in this video could not all be lying. This forced me to completely reformulate my beliefs about how the world works. It started me on a quest to discover what was really going on behind the scenes.

I dove into serious research and came up with an astounding amount of reliable, verifiable information on a number of major cover-ups which I previously would have dismissed as completely crazy. I then compiled the best of this information on the website WantToKnow.info. This website eventually became quite popular and put me in touch with many wonderful, brave researchers who shared reliable information they had gathered on various aspects of these cover-ups.

WantToKnow.info is designed for those who are not already aware of the major cover-ups, so the information provided is limited to that which is highly reliable and generally easy to verify. Because of this, I did not post my own speculation on the website about what is really going on behind all of the cover-ups. Yet based on information I received independently from sources I personally trust, I developed my own theories about the big picture, which I provide here for you. 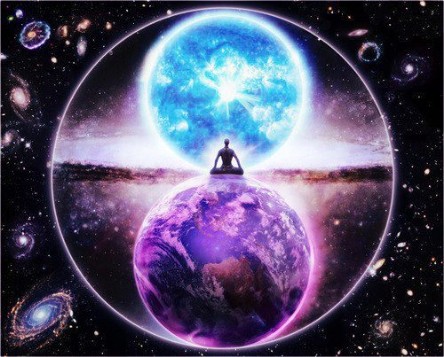 The information given here is speculative in nature, yet I include many key links for verification. I fully acknowledge that parts of what I've written could be mistaken. Yet I first came to these basic conclusions in 2002, and most new information I've received since has only strengthened my belief in all of this. Remember as you read that the mass media clearly plays a major role in fabricating the current consensus reality and keeping some of the biggest cover-ups out of the public eye.

I present this material not to convince anyone of its truth. I offer it simply to present the conjectures of someone who has devoted many long hours to exploring these issues with a discerning eye, and with a faith that I am being led by forces greater than myself who are aligned with what's best for all of us. Some of this information is far outside of consensus reality, yet there is lots of reliable evidence to support what I've written. As you will read below, despite all of the major manipulations, I am incredibly optimistic about our future. Thanks for your interest and may you be guided to whatever is best for you and for all of us as you explore this intriguing material.

Continue reading Fred's article on ET life, UFOs, and galaxy-wide communication networks and their posture with regards to humanity.

Special Note: This is a speculative essay written by Fred Burks, founder of PEERS and WantToKnow.info. In no way does it represent the views of anyone else associated with the website.