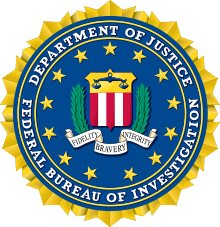 Seal of the Federal Bureau of Investigation.
(Image by Wikipedia (commons.wikimedia.org), Author: Author Not Given)   Details   Source   DMCA

Can the FBI be trusted? You decide, but only after you learn about the Bureau's most recently revealed fraud on the court.

Establishment media are ignoring the latest FBI flip-flop (surprise, surprise); they are reporting instead that incoming president Joe Biden wants Christopher Wray to stay on as FBI director? What's that all about?

Again, you decide after reading what follows. The latest known FBI caper involves hiding materials regarding the neuralgic (don't-even-think-about-it) issue of why the Democratic National Committee 27 year-old insider, Seth Rich, was murdered on July 10, 2016.

Media coverage of L'Affaire Rich has been so scant in recent years that some background seems needed to grasp the facts, their relevance, and the implications for the ever-increasing immunity enjoyed by the Security (aka Deep) State. Those generally aware of some of the detail may find this background a helpful refresher. Those who wish to can scroll down for a discussion of the most recent episode of FBI malfeasance.

On June 12, 2016, WikiLeaks founder Julian Assange announced he had "emails related to Hillary Clinton which are pending publication." Those emails had been copied in late May 2016 onto an external storage device (probably a thumb drive) and given to WikiLeaks.

On July 10, 2016, Seth Rich was shot and killed. The motive was said to be robbery, but nothing is known to have been taken from him.

There was speculation at the time that Seth Rich was involved in the leak of the damaging emails (which showed how the DNC had stacked the deck against Bernie Sanders), and that perhaps the leaker had been identified by DNC cyber-sleuths.

Adding fuel to the fire, on August 9 2016, WikiLeaks founder Julian Assange publicly implied that Rich may have been a WikiLeaks' source. ( See: Click Here ) That same day, WikiLeaks announced "a $20,000 reward for information leading to conviction for the murder of DNC staffer Seth Rich". (See: Click Here )

An Insider, Not Russia

On Dec. 12, 2016, Veteran Intelligence Professionals for Sanity (VIPS) formally ruled out, on technical grounds, the possibility that the Russians "hacked" those DNC emails. Drawing on the expertise of former technical directors at NSA, material revealed by Edward Snowden, and applying the principles of physics, VIPS concluded that:

"...the emails were leaked by an insider -- as was the case with Edward Snowden and Chelsea Manning. Such an insider could be anyone " with access to NSA databases, or perhaps someone within the DNC." (See: Click Here )

A year later on Dec. 5, 2017, Shawn Henry, the head of the cyber-security firm CrowdStrike hired by the DNC (and highly touted by then-FBI Director James Comey) to do the forensics, testified under oath that there was "no concrete evidence" the emails were hacked by the Russians or by anyone else.) (See: Click Here )

Ray McGovern works with Tell the Word, the publishing arm of the ecumenical Church of the Saviour in inner-city Washington. He was an Army infantry/intelligence officer and then a CIA analyst for 27 years, and is now on the Steering Group of Veteran Intelligence Professionals for Sanity (VIPS). His (more...)
Related Topic(s): Assange; Fraud; Media; Russia; Trump; Vips; Wikileaks, Add Tags
Add to My Group(s)
Go To Commenting
The views expressed herein are the sole responsibility of the author and do not necessarily reflect those of this website or its editors.