Without defining what 'truth' is or who gets to decide, the NYTimes applauds Youtube's new policy of diverting people from the videos they are most interested in, if in Somebody's opinion they are 'untrue'.  Youtube is owned by Google.  Don't be evil. 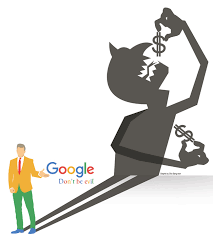 (Image by Korea Times)   Details   DMCA
'YouTube and other powerful technology platforms have faced rising criticism for failing to police the content that users post.' says the NYTimes. They use the passive voice to avoid telling us who it is who has been criticizing Google. Certainly it's not the users who keep clicking on these videos. Could it be the people whose lies and corruption are being exposed?
Read the rest of the story HERE: