Do you feel safer knowing that John Bolton has his finger on a button that can shut down the Russian power grid? Does holding a gun to the entire Russian economy make the US a safer place, or just the opposite?

Officially proclaimed US policy says that if our country is threatened with malicious software, we will respond with nuclear weapons.  But six months ago, our 'Defense' Department shut down the power grid in most of Venezuela for four days, using malicious software. This was US strategy for getting the people of Venezuela to distrust their own leader and follow a US-designated replacement. Last time I looked, it didn't work all that well, but 'if at first you don't succeed...'

Now we are telling the world we have the capacity to do the same to the only other country that has enough nuclear bombs to destroy all life on earth.  'Acceptable risk'? 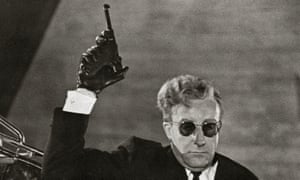 (Image by Peter sellers)   Details   DMCA
Read the rest of the story HERE: