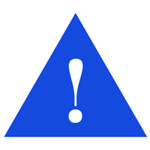 New type of weapon, ordered by Trump’s nuclear posture review, could make conflict more likely, say experts The US has begun making a new, low-yield nuclear warhead for its Trident missiles that arms control advocates warn could lower the threshold for a nuclear conflict. The NNSA said the first of the new warheads had come off the production line and that it was on schedule to deliver the first batch – an unspecified number referred to as “initial operational capability” – before the end of September. Speaking to reporters last week, former defence secretary William Perry, an arms control advocate, said he was less worried about the number of nuclear warheads left in the world than by the return of cold war talk about such weapons being “usable”.