US Attorney General William Barr explained why the United States has escalated its cold war on China. The cold war began in earnest when the preceding Obama administration initiated the US military ‘pivot to China,’ a project to ‘contain’ the rapidly developing nation.

The roots of the US-initiated war lie in the threat the People’s Republic of China poses to US technological supremacy, according to Barr.

In his speech, the attorney general argued that the “prosperity for our children and grandchildren” depends on the global economy remaining Americanized. 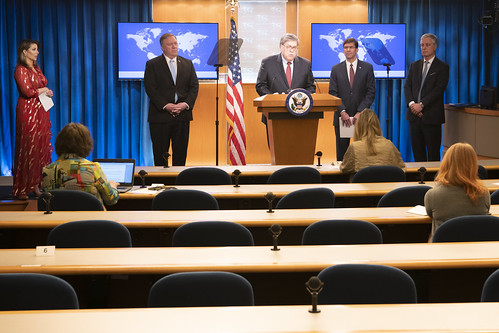