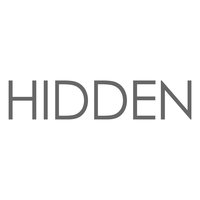 "Betsy DeVos' appointment as Ed Sec'y the marks crowning achievement of Christian right's campaign to infiltrate America's secular institutions & create an entire universe that many Americans may be wholly unaware of."  Reitman documents the evangelical organizations that have  prepared the way for this moment. The DeVos family is part of a super-rich cabal of the right that has worked behind the scenes for many years to create institutions that would advance their policies and values. They have been huge benefactors of Koch-seeded groups that advance their conservative Christian worldview, over the past 4 decades which has created a $1.5 billion infrastructure composed of thousands of churches and "parachurch" ministries, as well as Christian TV, radio and Internet channels; Facebook pages and other forms of social media; books; conferences; camps; prayer groups; legal organizations!"

Other Series: View All 162 Articles in "social issue of this century"

Other Series: View All 237 Articles in "War on teachers and the profession"

Other Series: View All 220 Articles in "WEALTH"