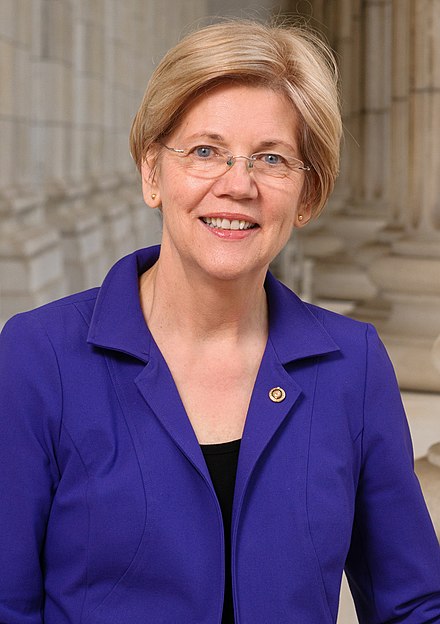 Elizabeth Warren%2C official portrait%2C 114th Congress %28cropped%29%283%29.
(Image by (From Wikimedia) United States Senate, Author: United States Senate)   Details   Source   DMCA
This is potentially very important in terms of getting fence sitters, if there are any in Iowa, off the fence, in Iowa, this most important first voting state and  the paper is read voraciously all over the state. It could have more of an impact than the New York Times did with its dual endorsement.

"The senator from Massachusetts is not the radical some perceive her to be. She was a registered Republican until 1996. She is a capitalist. “I love what markets can do,” she said. “They are what make us rich, they are what create opportunity.”  Many of her ideas aren't radical. They are right.