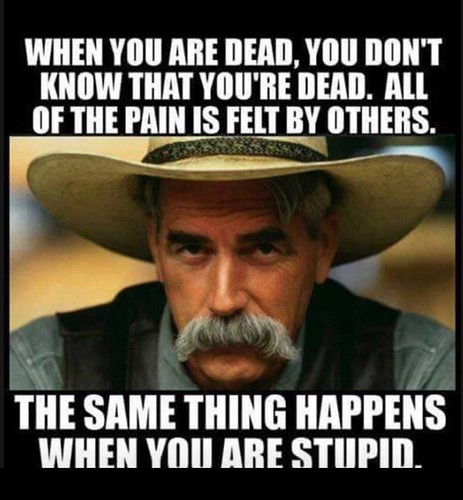 This  past year, I've often wondered whether we are living through the world’s stupidest era. Stupidity, especially in the political sphere, often comes with a side of brutality,& keeping track of it, rather than allowing it to pile on, might help us to hold fast to our higher selves. Also, there is something innately comical about stupidity; if we are forced to suffer fools, we can at least have some laffs in the process. Of course, it’s not as though people haven’t been doing dumb things since the dawn of time. (It wasn’t so smart of the Trojans to let that horse into their city.) But, as the second decade of the 21st century proceeded inexorably toward its culmination, it began to seem to me as if human folly—in politics, arts, and culture—was almost willfully outdoing itself.  What follows is a non-exhaustive list of some of the major idiocies of the year. "