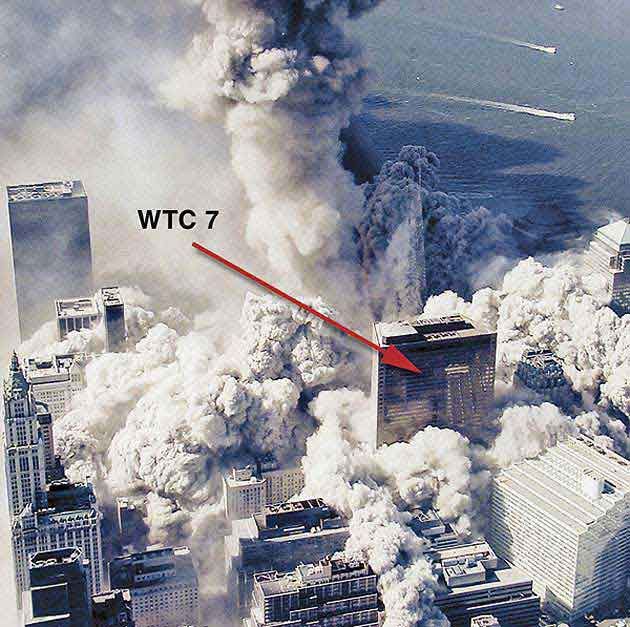 The University of Alaska Fairbanks WTC 7 Report concludes that the collapse of WTC 7 on 9/11 was caused not by fire but rather by the near-simultaneous failure of every column in the building
(Image by reopen911.info)   Details   DMCA

On September 11, 2001, at 5:20 PM, the 47-story  World Trade Center Building 7  collapsed into its footprint, falling more than 100 feet at the rate of gravity for 2.5 seconds of its seven-second destruction. #LegalAction. #GrandJuryInvestigation.

Despite calls for the evidence to be preserved, New York City officials had the building's debris removed and destroyed in the ensuing weeks and months, preventing a proper forensic investigation from ever taking place. Seven years later, federal investigators concluded the WTC 7 was the first steel-framed high-rise ever to have collapsed solely as a result of office fires.  Let's  #GetSomeJustice.  #Conference.  #FinalReport - #VIDEO.