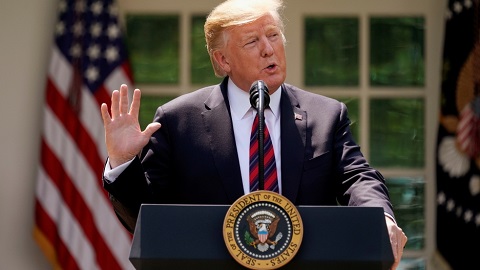 Donald Trump is going further and further toward turning the USA into a one-man government
(Image by pri.org)   Details   DMCA

If one is comfortable with corruption, abuse of power, and amorality in politics, if one accepts that the U.S. Congress could be by-stepped and the courts compromised, and if one does not mind if an autocratic politician wants to be a one-man government and if he shows disrespect for the constitution and its core principle of division of power, he or she may be tempted to vote for such an autocratic candidate.

Yes, I know. The stock market is up and unemployment is low. As an economist, let me tell you something.  First, one should not get obsessed with the stock market. The current stock market bubble is largely the artificial result of huge tax cuts to corporations…Secondly, the current low unemployment rates are mainly the demographic result of baby-boomer workers going into retirement in droves.