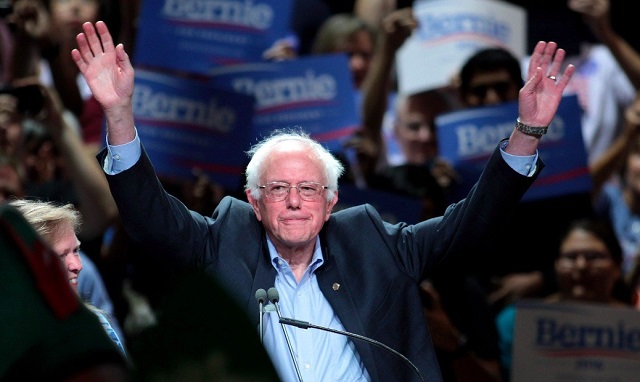 Sanders will be one of the few candidates in the race who will be consistently promoting clear specific progressive policies instead of wearing a plastic smile and reciting scripted talking points designed to offend the smallest number of people possible
(Image by CaitlinJohnstone.com)   Details   DMCA

It’s really weird how amid all the excited chattering about Bernie’s 2020 primary run, there’s been almost no discussion of the known fact that the Democratic Party’s primaries were rigged against Sanders in the last election, nor about the fact that nothing has been done to stop them from being rigged again.

Sanders is probably the most likely candidate to beat Trump, and he would be a marked improvement, not that that’s a high bar. The only arguments to the contrary come from partisan “boo, socialism” right-wingers and Trump supporters who still believe he’s spreading world peace and fighting the Deep State. I personally find those arguments neither convincing nor interesting.