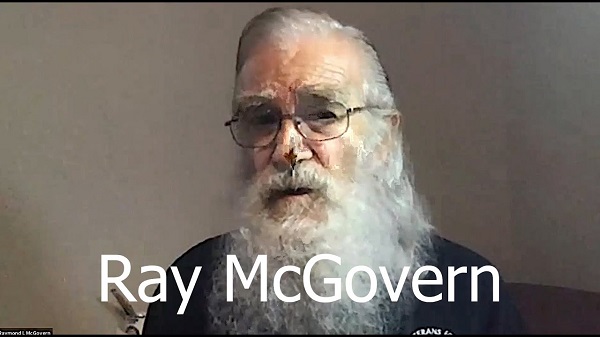 Ray McGovern is a former Central Intelligence Agency (CIA) officer turned political activist. McGovern was a CIA analyst from 1963 to 1990 and in the 1980s chaired National Intelligence Estimates and prepared the President’s Daily Brief.

He received the Intelligence Commendation Medal at his retirement, returning it in 2006 to protest the CIA’s involvement in torture. McGovern’s post-retirement work includes commenting for Consortium News, RT, and Sputnik News, among other outlets, on intelligence and foreign policy issues. In 2003 he co-founded Veteran Intelligence Professionals for Sanity (VIPS). Member - 'Patriots Question 9/11' @ U.S. Intelligence Services and Law Enforcement.