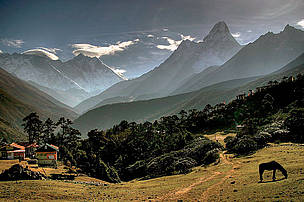 As the lockdown to stop the spread of coronavirus in India continues, pollution levels across much of the country have dropped sharply. Now some residents in northern India say they can see the snow-capped Himalayas 200 kilometres away for the first time in 30 years. It appears that pollution is locked down, too.

RT @alastairmci: @nickstew_art My son said his colleagues in India were saying that for the first time in years people can see the Himalaya… at

RT @Sean_Breslin: For the first time in 30 years, the Himalayas are visible from a northern Indian state because pollution levels have decl… at