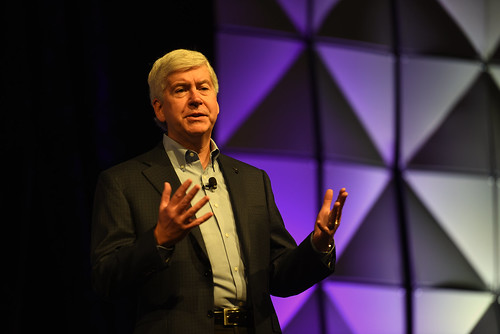 "Former Michigan Gov. Rick Snyder was charged Wednesday with two counts of willful neglect of duty for his role in the deadly and ongoing Flint water crisis, news that comes in the wake of a report indicating Snyder was aware of a Legionnaires' disease outbreak linked to the emergency months before he acknowledged it in public."

So many people have suffered from Snyder's actions that "misdemeanors" hardly describes them. An outrage is closer. Michael Moore documents their suffering in his 2019 blockbuster "Fahrenheit 11/9." His coverage, which opens the film, was called by Greg Palast the finest documentary segment ever made.