In the midst of a pandemic, doctors on the front lines, from Wuhan to France to Texas, report that a combination of zinc with hydrochloroquine is the most effective treatment they've found, and that almost all treated patients respond promptly and dramatically.

Then the two most prestigious medical journals in the world report large studies by prestigious researchers claiming that hydroquinone is worse than useless. Their data appear to show that people treated with HCQ are dying at 3 times the rate of other, similar patients.

"Conspiracy theorists" say this is a fraud, and in fact Fauci and Gates are trying to suppress the most effective treatments because they want to keep us locked down until they can force us all to take a vaccine. HCQ is too cheap, and it threatens Big Pharma's profits. "Conspiracy theorists" are laughed off the pages of social media.

Then, two weeks later, these two articles are retracted, withdrawn. It was all an honest mistake. The authors just made some clerical errors. Maybe the computer was broken. We all make mistakes.

This is happening in the midst of a time when the medical establishment is making the largest demands ever on our beliefs and our behaviors. We are locked down based on the computer simulation by a Junior High School student. They are loudly denouncing anyone who questions vaccines as "anti-science". Every article in Wikipedia and every health posting is plastered with a message that tells us to trust the CDC. The head of Youtube goes on the air to explain why anyone who disagrees with the WHO must have their videos removed.

...and then it turns out that the best medical journals in the world have published fraudulent articles that benefit the pharmaceutical giants. 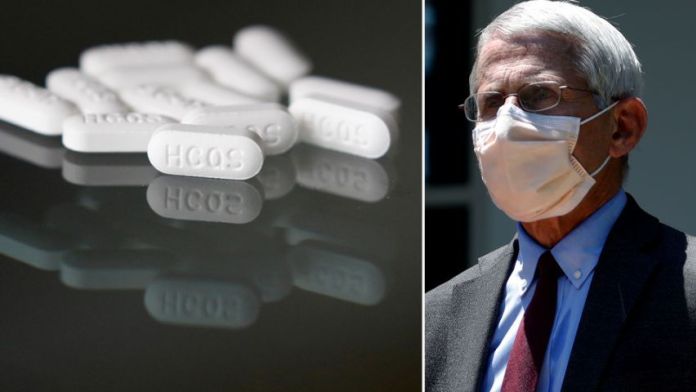 (Image by NIAID)   Details   DMCA
Read the rest of the story HERE: