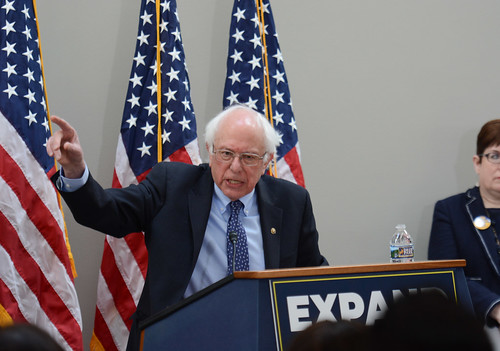 Expand Social Security Press Conference
(Image by AFGE)   Details   DMCA
The matter of What To Do About Bernie and the larger imperative of party unity has, for example, hovered over a series of previously undisclosed Democratic dinners in New York and Washington organized by the longtime party financier Bernard Schwartz. The gatherings have included scores from the moderate or center-left wing of the party, including Speaker Nancy Pelosi of California; Senator Chuck Schumer of New York, the minority leader; former Gov. Terry McAuliffe of Virginia; Mayor Pete Buttigieg of South Bend, Ind., himself a presidential candidate; and the president of the Center for American Progress, Neera Tanden.