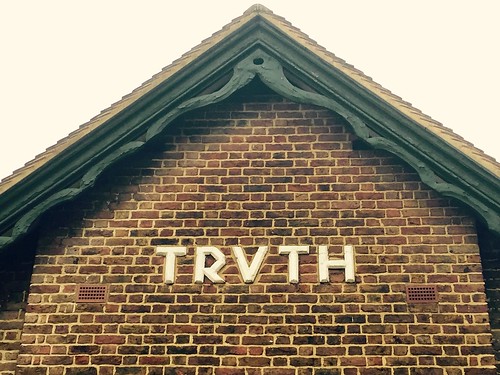 Bill hears from a historian about the greatest horror to emerge from Trump's actions."There are so many horrors emerging from Trump’s actions in these 1st weeks of his presidency that it’s hard to judge which is the most frightening. My nomination is the confirmation of Scott Pruitt, the avowed climate change denier & enemy of environmental regulation, to head the EPA— an absolutely classic case of a very hungry fox guarding a very vulnerable henhouse. I choose this atrocity because climate change denial is a subset of a more critical issue, the increasing loss of universal acceptance that there are such things as knowable facts on which rational decisions can be made, & instead “truth” is whatever any given authority figure chooses to make it. What was long considered beyond debate was science,the laws governing the natural world, arrived at by rigorous observation & experimentation."

Other Series: View All 473 Articles in "FRAUD & Mendacity."

Other Series: View All 1058 Articles in "Public ignorance & those who use this"

Other Series: View All 867 Articles in "Shameful"

Other Series: View All 38 Articles in "the END of EVERYTHING: the environment"

Other Series: View All 193 Articles in "wWonderful writing ....must reads"