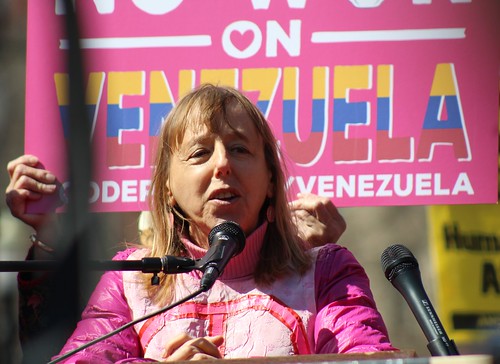 While the antiwar movement in the US is as shamefully dead as the zombies that inhabit so much of our tv screens, CodePink and Medea Benjamin are the inspiring exception. Indeed, standing barely five feet the onetime Green Party candidate, SDS member, and graduate of Tufts and Columbia, now at age 66 projects the image of a frail schoolgirl instead of the indomitable political activist she is known to be. Watching her in action ---