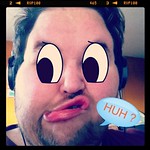 "It is best not to diagnose the president from afar, which is why the federal government needs a system to evaluate him up close. The lack of a system to evaluate presidential fitness only stands to become more consequential as the average age of leaders increases. Proposals for such a system have been made in the past, but never implemented. The job of the presidency is not what it used to be. For most of America’s history, it was not possible for the commander in chief to unilaterally destroy a continent, or the entire planet, with one quick decision.  Many of Trump's behaviors  call attention to the alarming absence of a system to evaluate elected officials’ fitness for office—to reassure concerned citizens that the “leader of the free world” is not cognitively impaired, and on a path of continuous decline."