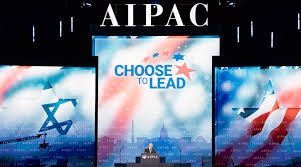 Any court in the land will validate that constitutional intent was that loyalty 'be bound by oath or affirmation' solely to the United States
(Image by jta.org)   Details   DMCA

AIPAC and its supporters are like any school yard bully when confronted with a higher ethical authority.

They throw down the race card, an archaic accusation of anti-Semitism intended to play on a misguided empathy that is no longer effective.

AIPAC alleges that it is not a political action committee even as it provided $3.5 million in campaign contributions in 2018. According to the Center for Responsive Politics, AIPAC has not registered its financial activities with the Federal Election Commission as if they have special entitlement.