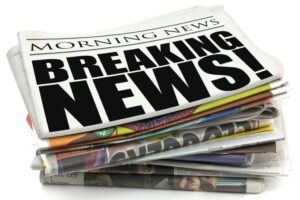 This  alarming 3-minute video about the extremist fringes that are polluting the media with lies and conspiracy theoriesis part of a series produced by The Atlantic. There have always been fringe talk show hosts and publications. The problem is that the president of the United States cites "facts" taken from these media. Alex Jones of Infowars fame is at the forefront,  propagating the widespread conspiracy theories that 9/11 was an inside job and that the Sandy Hook massacre was a hoax, among others.  InfoWars isn’t the only media outlet that has Trump’s ear—former Breitbart News chairman Steve Bannon is the current White House chief strategist. “In the era of Trump, Breitbart has essentially become mainstream media.” Gray explains in this video.  The elevation of crackpots and crackpot theories as equivalent to the mainstream media explains why we are bombarded with fake news."

Other Series: View All 938 Articles in "Shameful"

Other Series: View All 47 Articles in "The Media: what it does and doesn't do"

Other Series: View All 722 Articles in "wrecking Ball"