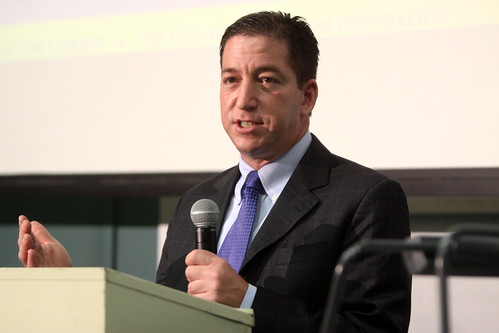 Some supporters of Trump, including Breitbart News, have accused the intelligence agencies of attempting to wage a deep state coup against the president. Meanwhile, some critics of Trump are openly embracing such activity. Bill Kristol, the prominent Republican analyst who founded The Weekly Standard, wrote on Twitter, "Obviously strongly prefer normal democratic and constitutional politics. But if it comes to it, prefer the deep state to the Trump state." We talk about the deep state with Pulitzer Prize-winning journalist Glenn Greenwald, co-founder of The Intercept.