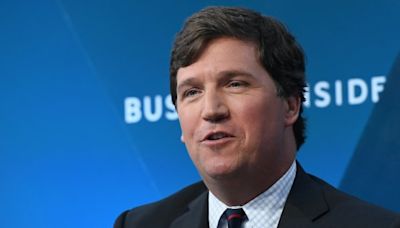 I have known Tucker since he was in the CNN program "Cross Fire". He was as obnoxious as he is now. however he was not as aggressive. It looks like The power of having a big audience , age , money and repetition of same nonsense has caused him to be louder and more irritating. I never believed in the idea of brainwashing , but if some one repeatedly follows the Fox News , eventually he might be convinced that they are right . Whenever I look at this news organization , I notice getting tense and irritated. Recently , they have become obsessed with racism , and they just need to add the white hoods to match their looks and their rants.