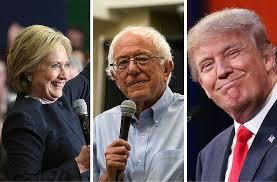 A successor for Hillary Clinton must be found immediately in case pneumonia forces her out of the race, former Democratic National Committee chairman Don Fowler has said.

It's biased, but he quotes MSNBC reporter David Shuster too. Bernie Sanders team is the most engaged and favored at this point, according to Still and others are calling for Sanders swift return and note he is outpolling both Clinton & Trump now.