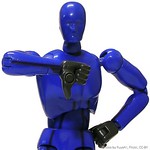 When I read this morning that Zuckerberg’s social media giant was caught labeling tens of thousands of us users as persons “interested in treason,” I was only surprised a Dutch Radio station broke the story first. For those of you who have not learned of this, the Danish public-service broadcaster Denmark’s Radio (DR) reported  discovering that Facebook was attaching a “treason” tag via its automatic algorithm to identify selected users. To make matters worse, once the Danish investigators called the social network out, Zuckerberg’s PR people went to work cooking up the ridiculous excuse in the history of social media spying, “We did it for advertisers!”