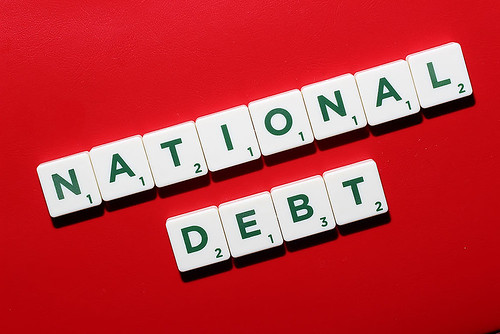 "Look, we’ve seen this before,3 times since 1980.The GOP rails against budget deficits when they’re out of power, then drop  their concerns & send the deficit soaring once they are in a position to cut taxes. Then when it’s the Democrats’ turn, they’re expected to clean up the GOP's red ink rather than address their own priorities. Enough already. Republicans never really cared about debt; they just pretended to be deficit hawks as a way to hamstring Obama’s agenda. Centrists have a double standard, reserving passionate concern about debt for times when Dems hold power. The case for worrying about debt is stronger now, given low unemployment. But interest rates are still very low less than 1 percent after adjusting for inflation, so low that we needn’t fear that debt will snowball, with interest payments blowing up the deficit. It’s still a bad idea to run up debt for no good reason."