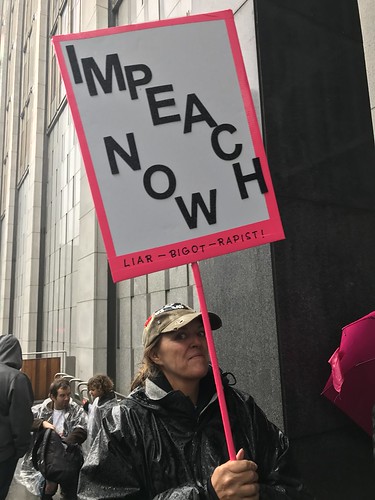 Not My Presidents' Day
(Image by IndivisibleSF)   Details   DMCA

On Wednesday, Rep. Brad Sherman (D-Calif.) introduced an article of impeachment in the House, seeking to remove President Donald Trump from office for obstruction of justice. Rep. Al Green (D-Texas) co-sponsored the article.

Sherman first raised the specter of impeachment in early June, basing his case on Trump’s apparent interference in an FBI investigation into his former national security advisor, Michael Flynn.

As Sherman sees it, Trump’s firing of FBI Director James Comey ― who says he was fired in retaliation for continuing to investigate Flynn ― constitutes obstruction of justice.