Bill Gates remains a major target of conspiracy theorists around the world, as "#ExposeBillGates" was trending on Twitter over the weekend. The coronavirus pandemic has only increased online conspiracies about the Microsoft cofounder and billionaire, as false claims say Gates knew about the virus before it spread, or that he was even somehow responsible for it.

On Saturday, Politico correspondent Mark Scott noticed that "#ExposeBillGates" was trending on Twitter in North America and Europe, and found that activists on Reddit, 4chan, and other websites coordinated efforts to get the hashtag attention.

Alex Kaplan, a researcher at Media Matters, found that the hashtag was part of a day of action from online activists calling for "a non-partisan coalition of alternative media organizations and activists groups" to "expose Bill Gates and his control agenda." 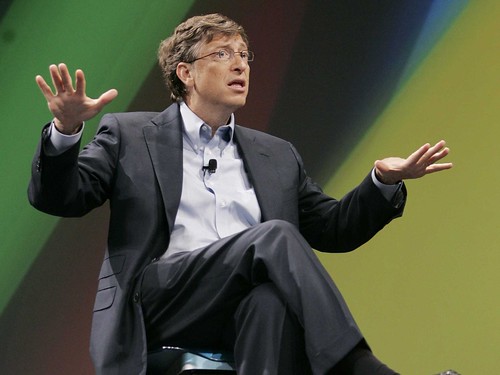 bill-gates-microsoft-2
(Image by sam_churchill)   Details   DMCA
Read the rest of the story HERE: