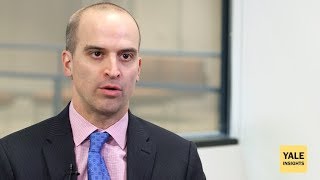 David Leonhardt: Who Will Pay for a Free Press? Who Will Pay for a Free Press? full story: insights.som.yale.edu/ insights/who-will-pay-for-the- free-press Print isn't dead yet, but the old model for how to ...
(Image by YouTube, Channel: Yale School of Management)   Details   DMCA
Biden doesn’t have a good history of running presidential campaigns. Alexander Burns of The Times broke the news that during last year’s midterm, Biden accepted $200,000 to a give a speech in Michigan praising Fred Upton, a Republican House candidate locked in a re-election campaign. The money came from a local group with ties to Upton’s family. Biden’s comments ended up in advertisements that helped defeat the Democratic candidate.

The episode seems accidental, not corrupt. Biden made the comments off the cuff, motivated by Upton’s work supporting cancer research. He reminded Democratic voters about a problem with Hillary’s 2016 campaign: her paid speeches. Biden offered a reminder that his previous presidential campaigns in 1988 and 2008 struggled from the start. If he runs this time, he will need to become less careless.
Read the rest of the story HERE: