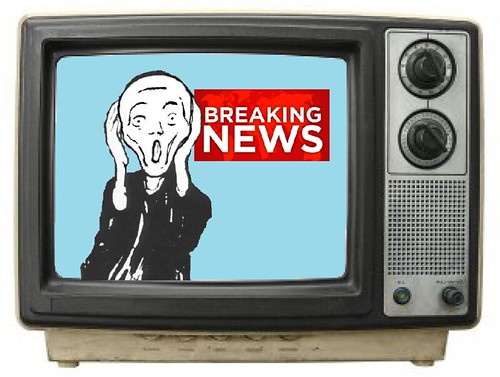 Hysterical Breaking News!
(Image by Mike Licht, NotionsCapital.com)   Details   DMCA
"
This is not to say Trump doesn’t deserve to be impeached for flagrantly trying to pressure a foreign country to interfere in a U.S. election and lying through his teeth through the whole process. Yet it’s also the case that he should have been impeached long before his call to the President of Ukraine for far much more egregious crimes. Denying Trump a second term  does matter. Political democracy is under attack around the world today. Trump is just the vile American expression of a global phenomenon. If this effort to undermine and destroy political democracy succeeds, the door will be closed to even discussing the path to a new, non-capitalist future, let alone actualizing one. Trump will remain in power through 2020, regardless of the impeachment process; our job is to ensure he remains there no longer."
Read the rest of the story HERE:

Other Series: View All 500 Articles in "Dangerous"

Other Series: View All 215 Articles in "Democracy Crisis"