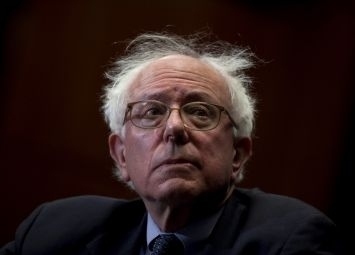 Bernie Sanders
(Image by buzzfeed.com)   Details   DMCA
Less than 24 hours after the disintegration of a Republican effort to repeal and replace the federal Affordable Care Act, Sen. Bernie Sanders told constituents at a town hall meeting in Hardwick Saturday that he’ll introduce a single-payer health care bill in Congress “within a couple of weeks.” Sanders told the audience that the defeat of the Republican health care bill demonstrates widespread dissatisfaction among Americans with GOP health care policies. And he says he thinks his “Medicare for all” bill will have strong appeal even among the red-state voters that put President Donald Trump in the White House.
Read the rest of the story HERE: