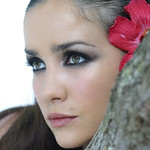 Ahed Tamimi's father has called on Uruguayan Grammy winner Natalia Oreiro to cancel her concert in Tel Aviv. His request is framed within the BDS movement “inspired by the int'l boycotts that helped South Africans put an end to apartheid in the 1990s." In his letter Bassem Tamimi cites Oreiro’s involvement in a campaign (regarding) the reduction of the age of criminal responsibility in Uruguay, reminding her Ahed was only 16 when taken prisoner. “Ms. Oreiro, my daughter was dragged from our home in the middle of the night, after her teenage cousin was shot in the head. She is facing a military trial with charges that can lead to years of unjust and inhumane incarceration,” he wrote. Ahed's case has been widely condemned by international human rights organizations and Jewish groups in the United States.