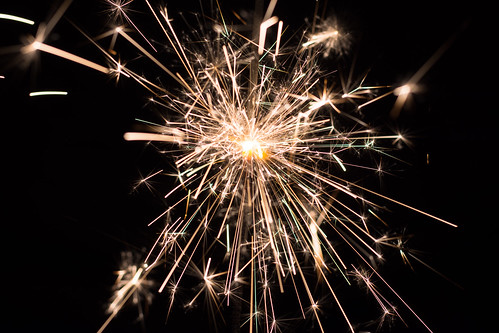 We're in the midst of holiday week, a usually bustling time when mall lots overflow with people returning and exchanging Christmas gifts, stocking up for holiday parties with champagne and the trimmings. Here the traffic on the worst roads is still heavy--I'm in a suburb verging on northeast Philadelphia--and the three wheelers are lumbering along in surprising quantities, considering problems with loading and unloading shipping docks at our major ports. The Coca Cola, Pampers, Nature's Promise products, and etc. are still faithfully on their way, to my knowledge. I don't mean to be glib. I have a 10-month-old granddaughter.

I'm trying to find reasons for joy as I read predictions of catastrophe from melting glaciers in five years and terrifying numbers of COVID cases every day: yesterday 267,000, according to the New York Times. There are immigration crises and the aftermaths of any number of climate change-induced disasters. There are so many totally worthy charities around and I can donate to only so many out of my academic freelancer's earnings.

How is the economy? My weak point, as always. The Biden administration has released figures indicating that unemployment has gone down by two percent, but that's only measuring certain parametersso many people are working multiple part-time jobs lacking benefits, looking for that beloved fossil, the full-time job with perks that cares about your family life and need to breath between shifts. Read: 9-5 five days a week. The middle class is melting away while three billionaires possess as much wealth as half of the population here in the USA.

It will take a catastrophe for them to notice how we the rabble are faring. Have they built bunkers to escape the flooding that many experts say is inevitable? Is the flooding God's will, to hasten the predictions in Revelation? The Rapture? The elimination of those who won't espouse the principles of one religion? Nature's revenge?

Shall I do a dance macabre and spend all of my savings in the next five years? I have received some comforting news, believe it or not: Amsterdam is well below sea level and kept from catastrophic ruin by dikes, which our Corps of Engineers can erect in no time flat if necessary. They haven't started work yet but don't need to until crunch time.

Is that accurate reason to breathe easier? To choose another poison than the Second Flood? Other forms of climate change are flourishing. Can we learn to control the weather? The tectonic plates? Pandemics? At 267,000 a day, we'll all get sick in, let's see, 300 million or so divided by that number: 1,123.5 days. Again, that's in the USA. 1,123.5 days equals 3.8 years. I don't know how many out of the 267,000 victims are breakthrough events. I don't know if the rate of infection will decrease when the weather warms up. But if we survive there's still the Second Flood to look forward to, barring a miracle.

We need to fight back against greed quickly. We need to eliminate racism and lack of compassion for those without bunkers to retreat to in the event of catastrophe. There are so many super-wealthy estates built on the ocean. Farewell to them. Will that budge the plutocrats?

This isn't a prophecy. It's just a reiteration of what I've read in the mainstream media lately, which can't even deny us some doomsday prognostications, now that Britney Spears's estate issues have been settled. Ghislaine Maxwell has been found guilty. The Elizabeth Holmes issues are still pending. And all those obscene pederasts and perverts are still crawling out of the woodwork to be slapped on their gilded wrists. Oh, how long those trials take.

Our world is starting to take sexist abuse in work settings more seriously. That's some good news but the issue is far from resolved. Oh the other issues spill over: the fate of Julian Asssange and whistle blowing altogether. Investigative journalism altogether.

Happy New Year! Election corruption is spreading like lava all over the country in red states and purple ones if not even a few blues. What positive thought can I end with? Russia reducing troops along the Ukrainian border by 10,000 on Christmas Day? That's something toward Peace on Earth! Dikes to stave off the Second Flood? Don't tell me my friend was wrong. The joy I take in the younger generations of my family even as I marvel that we boomers are now that font of wisdom, a would-be great generation marred so completely by Trump and his MAGA troops.

Happy New Year. Look for joy at the family level, where it exists in lieu of tragedy. Marvel at each day that dawns. Immortality in the face of catastrophe is a joke. Don't look for that. Not even Einstein or Shakespeare or Homer will survive, let alone icons of other cultures. Pardon my jingoism: add Buddha, the Dalai Lama, and so many more. The farthest East I've been is Turkey and Israel.

Shall I recommend antidepressants?

I'm not ruling out comments but inviting them. Emoticon hugs to anyone with optimistic news to welcome 2022! Submit articles to OEN in addition to comments. We have a Good News section now awaiting your contributions!

Related Topic(s): News 18; Newspapers; Optimism; Oxygen; Year In Review, Add Tags
Add to My Group(s)
Go To Commenting
The views expressed herein are the sole responsibility of the author and do not necessarily reflect those of this website or its editors.

The time limit for entering new comments on this diary has expired.

12 people are discussing this page, with 38 comments