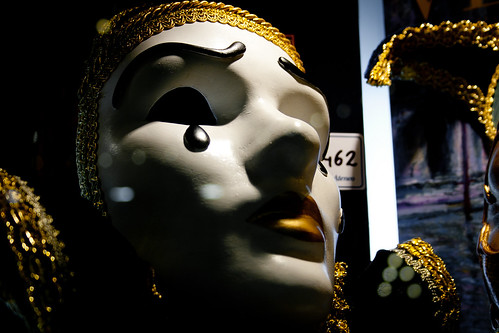 I don't believe that any thinking person can doubt that the United States is the world's basket-case among industrialized nations. This fact is manifested in, and by, the personage of U.S President Donald Trump. Though there are those that refuse to see "the man in the mirror", Donald Trump is a reflection of United States society, he is not the cause of it. He is greedy, piggish, racist, sexist, crude, rude, illiterate, brutal, dishonest, egotistical, manipulative and craven while simultaneously being an ignorant idiot that feels entitled. Thusly, he is a perfect example of U.S. society at large (no pun intended) and that is why he was elected president. It is not what Trump does that the "majority" in the U.S. has a problem with, it is the manner in which he does it.

The United States populous has a problem with the truth and it always has, for it is a nation built on lies and deception. Donald Trump is what you look like before you put on that toupee/wig, before you put on that eye-liner and mascara, before you paint your nails and put your "face on", and get that Botox injection. Donald Trump is the fart that you want people to believe you did not make; silent, but deadly. Donald Trump is what you don't want people to see even though it is you. And, frankly, that is one of the few things that I appreciate about him: he is the truth while being a liar. He shows the world what many of us have known for centuries about "America".

The truth shall set you free.

I predicted Donald Trump's election immediately after he announced his candidacy, and was a laughing stock for doing it. What amazes me is how few could see the obvious. I also predict that he will be re-elected for the same reasons he was elected in the first place. There, as I see it, are only three things that could potentially derail Trump's re-election. The first of which is some cataclysmic international event such as open military hostilities with countries that are nuclear armed, or Iran, that bring home lots of body bags. The second is a total meltdown of the U.S. economy to the point of soup lines. And the third is that he "stand in the middle of Fifth Avenue and shoot somebody" (or some similar feat). Actually, according to the chosen one himself, he might get away with that third one and be re-elected by a landslide. Let me say, for the record, this is a case where I would love to be incorrect in my prognostication, but I doubt it. The democrats are in total denial, inebriated by their collective, conflicting rhetoric and ideologies and are, as a direct result, destined to paint themselves into a political corner again. The writing is on the wall for those of us who choose to see (and can read). The democrats are also, while in the throes of their denial, failing to realize what I called "The Trump Effect" in 2015. There are a whole bunch of folks that are going to vote for Trump who are not telling, and they won't for fear of being labeled. A bunch of them will be so-called democrats; maybe even a few wayward, confused "people of color". This is what will cost them the election; just as it did in 2016.

I am fascinated at this society's ever increasing capacity to deceive itself. I am also fascinated, predicated upon the former, by the impending date of November 4, 2020; for the circus shall truly come to town. I wonder what that day will look like. No one knows, but I can say, with great certainty, there will be clowns, tears and a whole lot of fears. Let us look into our crystal ball, shall we?

It is the morning of November 4, 2020 in the United States, and one of three things has happened. Trump has been re-elected; a likely manifestation that will bring tears aplenty. Trump has been defeated; an unlikely manifestation that will bring fears aplenty. Lastly, the election is "contested"" the Russians have meddled, the Chinese have meddled, the voting machines were insecure and/or hacked, the Supreme Court gets involved and the clowns really strut their stuff.

I've said it in previous columns and I'll say it again: the United States is going to experience things in the days to come that will shock the conscience of even the most immoral of human beings. I first made that statement in June; domestic events, in the month of August substantiate my assertion, let alone deteriorating international relations. And you ain't seen nothing, yet. Trump's Gevalt campaign is just getting revved up in a society with 400 million guns.

Related Topic(s): Deception; Democrats; Election; Embarrassment; Gerrymandering; Guns; Ideology; International; Nightmare; People; (more...) Trump; Truth, Add Tags  (less...)
Add to My Group(s)
Go To Commenting
The views expressed herein are the sole responsibility of the author and do not necessarily reflect those of this website or its editors.