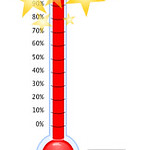 In the week since Donald Trump’s election, there’s been a dramatic surge in donations to the American Civil Liberties Union, Planned Parenthood, the Sierra Club and other progressive organizations which have pledged to resist any moves by the new administration that would undercut their causes.