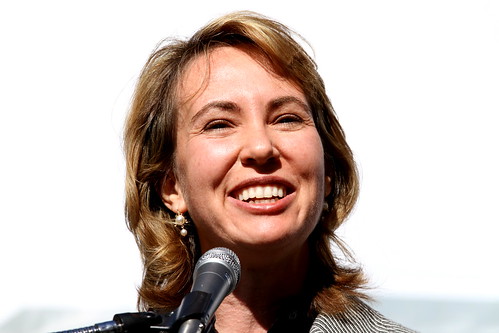 “”Democrats, Republicans, everyone, we must never stop fighting,” Giffords proclaimed.  “Fight, fight, fight! Be bold, be courageous. The nation is counting on you.”