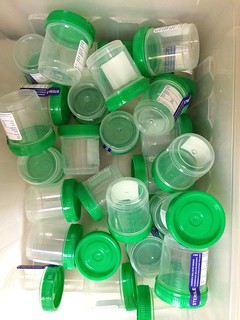 Even as her office looked into Millennium Labs, she penned letter backing the company’s approach....A 2015 Palm Beach Post investigation found that drug-testing urine has in recent years turned the South Florida addiction treatment industry into a multi-billion-dollar bonanza. Young addicts with months of sobriety behind them and no indication of relapse were being tested daily, sometimes for $1,300 a pop. An FBI-led task force has been investigating for more than a year.

Born in Long Island public school year in Sweden as exchange student, went to Harvard one year, Cooper Union in NYC as Art student. Have two children, one of whom is rock mogul, the other has three daughters, one of whom has two daughters, making me (more...)
Related Topic(s): Center For Political Accountability; Drug-testing; Testing, Add Tags