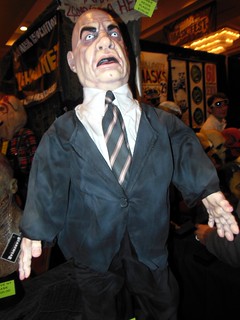 The debate over bombing ISIS in Syria rests on what one can only assume is a deliberate misapprehension. The imputation of this "debate" is that we "must do something" to quell and defeat ISIS; and the essential, imperative thing we must do to accomplish this vital goal is to bomb Syria. But of course the UK is already bombing ISIS. It bombs ISIS nearly every day -- in the group's heartland, Iraq. It has flown "thousands of missions" against ISIS, dropped tons of bombs, killed many people. Has this quelled or defeated ISIS, or curtailed its reach? Obviously not.

The origins, core strength and power centers of ISIS are all in Iraq. Syria, for all its inherent horrors, is a sideshow, a minor front for ISIS. As Patrick Cockburn notes, in Syria ISIS holds large tracts of desert territory but only one substantial city; in Iraq, it controls several major cities, rich oil fields, and strategic routes that make it a constant threat to the capital itself. The UK has been bombing ISIS in this core for some time: "thousands of missions," Defence Secretary Michael Fallon said this summer. Obviously, these continual bombings in the group's core have not affected its ability to wage war in the region or strike elsewhere in Europe. Why would bombing its hinterland in Syria have any effect?

The rush to bomb Syria is a cynical ploy to exploit the murderous tragedy in Paris for the benefit of the Washington-led agenda of regime change in Damascus. Bombing ISIS can help clear the way for the other militant Islamist rebels (including al Qaeda affiliates, now miraculously transformed into "moderates") whom the West and its Saudi allies favor.

What is wanted is an acquiescent regime in Damascus, unaligned with Iran and Russia, and controlled by Sunnis. The West wants the former, the Saudis want the latter. It's part of their "long war" to finally vanquish Shiite Islam. This was the explicit statement of Prince Bandar, the long-time Saudi ambassador to the US (who grew so close to one of America's ruling family that he was affectionately known as "Bandar Bush") and later head of Saudi intelligence. Here is what he told Richard Dearlove, the then-head of the UK's intelligence agency, MI6:

"The time is not far off in the Middle East, Richard, when it will be literally 'God help the Shia.' More than a billion Sunnis have simply had enough of them."

The strident call to "bomb Syria" -- without any genuine strategic plan or aim behind it -- thus dovetails with geopolitical and theopolitical agendas that have absolutely nothing to do with the "safety and security of the British people" or "defeating terrorism" or "securing the freedom of the Syrian people to determine their own destiny" or "bringing peace and stability to the strife-torn Middle East." These are demonstrably NOT the overriding strategic concerns of Western leaders and their Middle Eastern allies. (Nor of the Russians, who are intervening in Syria to counter the West's geopolitical moves there and advance their own.)

Thus the "debate" over bombing Syria -- like all the other earnest public broils over government policy in the "War on Terror" -- is based on false premises. There are indeed an array of contentious factors in play, but these have to do with more mundane concerns: the struggle over control of the production and distribution of oil, gas and other natural and economic resources; attempts by various national governments and corporate interests to extend influence and exercise dominance over strategically important regions and markets; and the preservation and extension of power structures in various national governments. (The latter includes the vast and ever-expanding military-security-war profiteering complexes that now play such a commanding role in the politics and economies of major nations.) These are the enduring priorities of our power players, to be pursued by any means available.

Concerns about the safety, security and freedom of ordinary people play little or no role in the actual decisions of the policymakers involved -- unless those concerns can be usefully exploited to advance elite agendas. Abject fear -- or dulled, distracted indifference: these are the preferred states for public opinion. Any attempts at actual engagement, at genuine debate are swiftly marginalized, mocked and crippled, with the policing done by the establishment media and members of the dissenters' own party, eager to prove their loyalty to the greater power structure. This is what we are seeing in the UK right now, as Labour rips its own leader to shreds over his resistance to more war, fear, terror and exploitation.

So there is little point in earnest disquisitions over whether the bellicose policies being proposed will be effective in "confronting the scourge of terrorism." We know they won't. But that is not their intention.

Related Topic(s): Bogus Claim; Bombing; Iraq; Isis; Syria, Add Tags
Add to My Group(s)
Go To Commenting
The views expressed herein are the sole responsibility of the author and do not necessarily reflect those of this website or its editors.