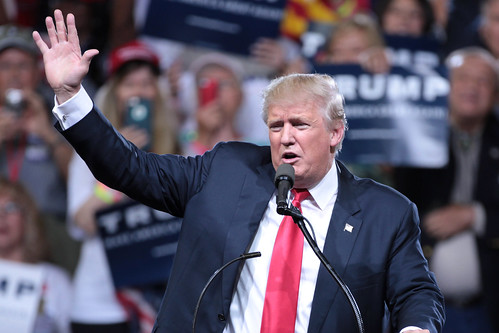 A growing list of horrified conservative commentators have watched Donald Trump swallow the Republican Party this year, convinced he's dooming the GOP with a major November loss. One of their key complaints has been that the erstwhile candidate has embraced dark elements of the far-right media; that Trump is just recycling irresponsible nonsense pushed by sites that are blindly loyal to him, like Breitbart News.

Wednesday's news that Trump has tapped Breitbart News chairman Stephen Bannon to help run his campaign will only inflame those concerns, and pundits will likely see the move as yet another nail in the campaign's coffin.

Immediately following the Bannon news, former Breitbart editor Ben Shapiro, who quit the site in March over its obvious cheerleading for Trump, wrote that his former boss "openly embraced the white supremacist" movement of the extreme right. Shapiro added, "It's clear that Breitbart News is indeed Bannon.com and Trumpbart News. That's pathetic and disgusting."

In other words, the Trump-inspired civil war that has consumed the right-wing media for months just got a whole lot worse. And the long-term implications could mean big problems for the movement, long after November.

With Trump's unorthodox campaign igniting especially deep passions among conservatives, the Right-Wing Noise Machine's famously loud megaphone has transformed itself into something of a circular firing squad. "Trump is choosing to end his campaign living in the alternate reality that Breitbart creates for him on a daily basis," The Weekly Standard's Stephen Hayes announced.

The civil war is now consuming the movement. (National Review Online, post-Bannon: "There are no good options left for conservatives, only disputably less bad ones.") The irony is that the non-stop bickering and name-calling threatens to burn to the ground what had been a movement built on message discipline; on everyone singing off the same page. Today, those song sheets are being torn up day after day.

For decades, it's been a media movement where internal disagreements were virtually always set aside in time for presidential general elections, and where commentators unified around their contempt for the Democratic foe. When finely tuned and focused, the conservative media machine served as a battering ram for the GOP.

Related Topic(s): Breitbart News; Donald Trump; Far-right; Media Attacks; Media Distortion; Republican, Add Tags
Add to My Group(s)
Go To Commenting
The views expressed herein are the sole responsibility of the author and do not necessarily reflect those of this website or its editors.