Jabhat Al Nusra is Pacing the Borders of Lebanon

Will Lebanese Allies Open the Gates to Fight Hezbollah?

Near the Rankous Plain in Qalamoun, Syria

A rather impressive academic, "Manal" who is also an experienced Syrian lawyer and erstwhile supporter of both Hafez and Bashar Assad, but who now supports Jabhat al Nusra as a 'good cop' preference over the 'bad cop' of Da'ish (ISIS), recently presented to this observer her Brief and Statement of Case for her current client. As if she was a finalist in a senior year of law school moot court competition or even arguing before a US Federal District Court.[tag] 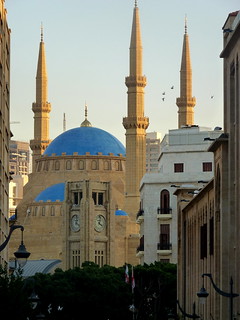 Her submissions include interesting exhibits and arguments. In summary, the lawyer makes the following exculpatory and rehabilitative rationales on behalf of her client and she argues that JAB will play a major role in what she repeatedly referred to as "the new tolerant and modern Syria. They want to be part of the solution to Syria's woes." She also insists that the West should not facily and inextricably lump Nusra with the terrorists (her word) from Da'ish (ISIS).

Manal explained that Nusra is waxing dramatically and now has taken even the urban centers of the Idlib governorate, including Jisr al-Shoghour, and is preparing to "liberate" what remains of government controlled areas of Aleppo during May and if necessary, June. Aleppo is Syria's second largest city in terms of population and formerly the country's economic juggernaut. Some are speculating that "As goes Aleppo, goes Syria.

At the same time, Nusra in preparing to penetrate Lebanon and fight Hezbollah inside in its neighborhoods as Manal claims Hezbollah has done to the civilians of Syria and Iraq.

Nusra does not rate highly the fighting capacities of the Lebanese army and has sent it messages not to join in Hezbollah's defense or it will spit the army further along sectarian lines and seal the fate of army hostages Nusra is holding.

Manal argues, some might say audaciously, that her client has received 'bad press' much of which is unwarranted and that the Nusra Front, al-Qaeda's Syrian affiliate, is gaining in strength and popularity, and could even possibly become an ally of Lebanon and the west in their fight against the Islamic State (ISIS).

But Manal is tough on Iran's growing role in the Levant. She clams to agree with the views of Maryam Rajavi, the president-elect of the Paris-based National Council of Resistance of Iran, expressed this week at a a House Foreign Affairs terrorism panel on "ISIS: Defining the Enemy." Although Iran has been helping Iraqi leaders fight the Sunni IS militants by arming and advising Shiite militias, Rajavi insists that Iranians called Iran's religious leaders "the godfather" of IS. "It was the Iranian regime that created terrorism as a major threat for stability," Rajavi said, appearing, from Paris via live satellite link. She told a reportedly rapt audience of lawmakers, staff and media that "Terrorism and fundamentalism under the name of Islam came to the world as seen by the mullahs' regime in Iran, and when this regime is overthrown, that will be limited or destroyed. " Rajivi alleged that "despite some differences, ISIS is very close to the fundamentalists ruling in Iran" and even on "occasions they have cooperated. "The mullahs' regime is not part of any solution as we attempt to deal with Islamic fundamentalism. It is indeed the heart of the problem," she added, insisting the "ultimate solution" was regime change in Iran.

Despite the widespread view that Nusra and ISIS have basically the same goals and methods, there are major differences. As Lina Khatib, Director of the Carnegie Middle East Center wrote recently, approximately three quarters of ISIS forces are not even Syrians nor do they have knowledge of or exhibit respect for local history, culture and family traditions. Nusra members are therefore more aware of regional variations in culture and customs across Syria and tend to respect them, earning Nusra popular support among locals, some of whom are relatives or neighbors of Nusra fighters. This, in contrast to ISIS whose fighters are often viewed as ignorant money/adventure-seeking foreigners enticed in by enemies of Syria.

Nor does Nusra brutally enforce its ideology as does ISIS and increasingly it acts to assure local communities that it is not the same threat to Syria's secularism as ISIS. Nusra is sending the same message to Lebanon, while attempting to rally the Sunni base to join it in confronting what it refers to as "Iran's militia", Hezbollah. To date there is not much public evidence of Nusra success in making this "sale", but it reportedly plans to increase this campaign in Sunni areas, and the Lebanese army has been arresting some who it claims are organizing Islamist groups in Sunni enclaves. Some specialists who monitor Nusra and ISIS claim Nusra is quietly gaining local adherents as it prepares for serious battles within Lebanon.

Khatib and others argue that the vast majority of those who support Nusra are not driven only by religious ideology, but by anti-Assad sentiment. Nusra accuses ISIS of not even seriously fighting the Assad regime and of being Johnny-come-latelys to fighting the regime, whereas Nusra has fought the regime since its inception. It also regularly points out that ISIS continues to sell oil to the regime.

Lawyer Manal argues that given the weakness of the Free Syrian Army (FSA), this widely acknowledged fact leaves Nusra the only credible group fighting the regime which can also defeat Hezbollah and has been demonstrating this virtually every time it engages Hezbollah. Hyperbolic Nusra claims aside, Nusra, fighter to fighter and with much fewer financial and numerical strengths than ISIS, is currently becoming the strongest man-for-man Islamist fighting force in Syria. This, as it reportedly finalizes its various strategies to move into Lebanon to engage Hezbollah and force its fighters to defend its Lebanon base while pushing it to withdraw its fighters from Yemen, Iraq and Syria.

Related Topic(s): Bashar Al-assad; Hezbollah, Add Tags
Add to My Group(s)
Go To Commenting
The views expressed herein are the sole responsibility of the author and do not necessarily reflect those of this website or its editors.