An expected visit by ICC delegation could increase the risk of Israeli officials being tried for war crimes. 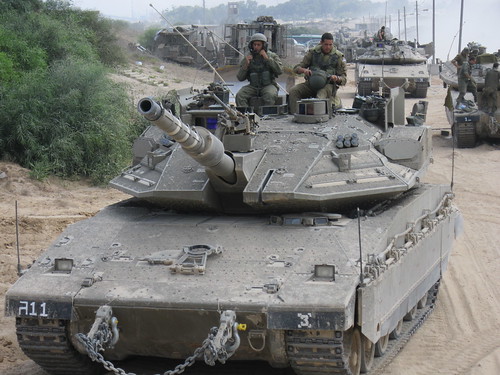 Nazareth -- Israel has agreed to allow the International Criminal Court (ICC) in The Hague to send a delegation to Israel and the occupied territories. It was revealed over the weekend in a step that could dramatically increase the risk of Israeli officials being tried for war crimes.

Emmanuel Nahshon, a foreign ministry spokesman, confirmed to Al Jazeera on Sunday that Israel had agreed to the visit in principle, though the "when and how" were still under discussion.

The ICC's move comes as human rights groups have harshly criticized Israel for closing investigations into dozens of allegations that its military has broken the laws of war during an attack on Gaza in the summer of 2014.

The Hague prosecutors are reportedly interested in examining how effective Israel's legal mechanisms are in investigating allegations of war crimes.

Under the terms of its founding statute, the ICC could take over jurisdiction of such probes if it is persuaded that Israel is unable or unwilling to conduct credible investigations itself.

So far, only three Israeli soldiers have been indicted on a relatively minor charge -- of looting -- even though Israel's 51-day offensive, named Protective Edge, in July and August 2014 resulted in some 2,250 Palestinian deaths. The vast majority were civilians, including 551 children.

"We have seen Israel conducting flawed investigations or dragging out the legal process with long delays. The main aim appears to be to place obstacles in the way of the investigations so that Israel's armed forces are not held accountable." -- Nadeem Shehadeh, a lawyer with Adalah

The Israeli military exonerated itself late last month in 13 cases it had been investigating. These included lethal attacks on three Palestinian families, the shelling of a hospital and a United Nations shelter for civilians, and the bombing of Gaza's main power plant. It declined to investigate another 80 complaints.

In response, UN Secretary-General Ban Ki-Moon criticized Israel for the "low rate of investigations opened into these serious allegations."

Since Protective Edge, two of Israel's largest human rights groups, B'Tselem and Yesh Din, have refused to cooperate with Israeli investigations in Gaza, accusing the Israeli military of using them to "whitewash" its actions.

In June, the New York-based monitoring group, Human Rights Watch (HRW), added to the pressure on the ICC, calling for it to open a formal investigation into the Gaza offensive.

The credibility of Israel's probes has been further undermined by a report issued last week by two local human rights groups, Adalah and Al Mezan, based in Israel and Gaza, respectively. The report accused Israel of failing to examine properly the evidence they had collected relating to 27 suspected war crimes during the 2014 offensive. Five cases referred to the Israeli attacks on UN schools sheltering civilians. Two years on, the groups noted, Israel had issued no indictments. Investigations, where they occurred, were "clearly flawed."

Nadeem Shehadeh, a lawyer with Adalah, a legal center for Palestinian citizens in Israel, told Al Jazeera the possibility of legal redress in many cases was close to "exhausted."

"We have seen Israel conducting flawed investigations or dragging out the legal process with long delays," he said. "The main aim appears to be to place obstacles in the way of the investigations so that Israel's armed forces are not held accountable."

Israel's failure to conduct thorough and transparent inquiries could open the door to the ICC launching its own formal investigation, he said.

Related Topic(s): Hague; Investigations; Israel; Israel Attacks Gaza; Israel Idf, Add Tags
Add to My Group(s)
Go To Commenting
The views expressed herein are the sole responsibility of the author and do not necessarily reflect those of this website or its editors.