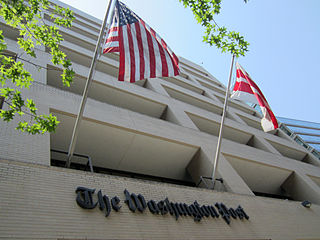 With all the legitimate indignation over the Washington Post resorting to McCarthyesque Red scare tactics naming some 200 internet sites as presenting "fake news", disseminating propaganda or being "useful idiots" of the Russians. As with so much in America today, one may ask why did it have to be this way?

We have a Constitution granting freedom of the press. According to Wikipedia that existed only in Denmark/Sweden at the time and only unofficially in Britain. In most countries the standard practice was the press was an official organ of the state.

Here in the US after the Constitution was ratified in 1788 the press had free reign and the government was required to respect that freedom.

So what has since happened? Let's say periodically over time there were incremental infringements by the government particularly when there was war. In 1917 when Congress enacted the Espionage Act one could be prosecuted for being openly against the US involvement in WWI. Even four time socialist candidate for president Eugene Debs was convicted under the act. Many years later Daniel Ellsberg was tried under the Espionage Act in 1971 for releasing to the New York Times what became known as the Pentagon Papers revealing the truth about the US involvement in the Viet Nam war. Neither Ellsberg or the Times was convicted.

Then of course there was the Washington Post's investigative reporters Bob Woodward and Carl Bernstein exposing Watergate and the Nixon administration's attempts to cover up its involvement.

In this instance Woodward and Bernstein's revelations forced Nixon to resign in disgrace in 1974 probably the last time freedom of the press exposed and help hold accountable high level government officials for crimes they committed. But the government would learn never to allow itself be held accountable again.

In the 1980's Iran-Contra involving the Reagan administration-sales of weapons to Iran in exchange for cash to support the Contras in Nicaragua was a different matter. It was a shady deal that was exposed by the press but Congress acted to subvert its own investigation and Reagan and his immediate subordinates were never held accountable for the illegal scam it authorized. Marine Lt. Colonel Oliver North was later convicted on charges relating to the Iran-Contra affair yet he never served a day in jail and all charges were overturned in 1991. Times were changing.

Consider it took some 47 years when in 2000 James Risen of the New York Times exposed the CIA inspired coup in Iran in 1953. This writer didn't become aware of the coup until sometime in 2004 when reading a passage in the New York Review by some now forgotten author who mentioned it in passing. It was a shock to the system. 1953! What a revelation. It made understandable the 1979 Iranian revolution twenty five years later, the taking of US embassy personnel as hostage and why ridding the country of the hated Shah Pahlavi, a close ally of the US government, but a horror to the Iranian people became imperative for the country to throw off its servility to the US since the coup in 1953. The CIA finally admitted 60 years later in 2014 its role in fomenting the overthrow of the legitimately elected government in Iran in 1953, but by then it was old news and no one cared. And if the CIA's admission was reported by the MSM, it must have been buried on the back pages if it was mentioned at all.

In the 1990's Gary Webb an investigative reporter for the San Jose Mercury News exposed the CIA's involvement in the cocaine drug trade. But Webb's revelations and his sources were challenged by the major newspapers and this small paper succumbed to the pressure challenging Webb's investigative reporting of the story. He was fired from the paper, was never able to resume his journalistic career and later committed suicide.

But subsequent events after 9/11 has revealed the MSM "free press" has essentially discarded its skeptical, naturally adversarial role with the government now presenting only "official" Washington's version of events.

Starting with Afghanistan in October 2001 the "free press" has been embedded with the military, no longer able to investigate events independently, so whatever stories come out of Afghanistan or Iraq, Pakistan, Syria, Yemen, Somalia, Libya, Ukraine is essentially whatever the military or US government authorities provided.

Even a casual look at America's so called "free press" reveals all newspapers are corporate owned. Six major corporations own the MSM cable TV "news" and programming.

Only the alternative press, mostly internet sites like this one-named as one of the 200 providing "fake news"-can people get a broader version of events, many times questioning the "official" government version.

Retired. The author of "DECEIT AND EXCESS IN AMERICA, HOW THE MONEYED INTERESTS HAVE STOLEN AMERICA AND HOW WE CAN GET IT BACK", Authorhouse, 2009
Related Topic(s): Alternative; Freedom; Independence; Internet; Truth, Add Tags
Add to My Group(s)
Go To Commenting
The views expressed herein are the sole responsibility of the author and do not necessarily reflect those of this website or its editors.