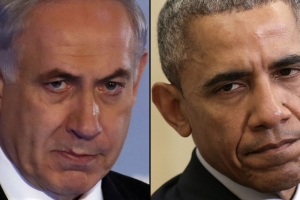 Yesterday was one of the most dispiriting days in the history of U.S. foreign policy. In a long valedictory speech, secretary of state John Kerry told Americans what was preventing peace in the Middle East: unending Jewish settlements in the fragment of historic Palestine that Palestinians accepted as theirs. The speech was more blunt than any earlier pronouncement from this administration about the end of the dream of a Palestinian state; afterward people praised Kerry's passion and personal engagement, and a leading editor said he should receive the Nobel Prize.

The speech was tragic for a simple reason. Everything Kerry said was known to him and President Obama eight years ago. The speech repeated warnings that President George H.W. Bush and his secretary of state made to the Israelis 25 years ago, when the illegal Jewish settlement project was a mere stripling of 25. And though the UN Security Council resolution of last week condemning settlements is a victory for Palestinians, and may well precipitate a crisis inside Israeli politics, it is not as if Obama succeeded in his eight-year quest to make a Palestinian state. No, he and Kerry failed.

That is the great political puzzle that these last-minute gyrations compel us to try and understand. Obama has finally done what he wanted to do and taken on Benjamin Netanyahu and exposed his extremism. Why did he wait so long? The answer is simple: the Israel lobby was against any real action. Jewish Americans of my generation and older opposed any pressure on Israel. So there was no pressure (till now, and Trump).

Here is a fact that proves my point: John Kerry's closing act as secretary of state is a 72-minute speech devoted to a problem that was removed from the Democratic Party platform just five months before. Remember -- Clintonites insisted that the words settlements and occupation appear nowhere in the party platform.

As Elise Labott said last night on CNN, Obama did not push the settlements/Palestinian state issue before the election out of deference to Hillary Clinton. Labott was saying, without saying it, that Clinton was so dependent on the Jewish establishment and large Jewish donors, that she could not "undermine [the] party's fundraising capabilities" (as the National Journal says) by saying a word against Israel. Today on NPR Daoud Kuttab said very much the same thing: that presidents take these actions in their last months when they are freed of "domestic, political, lobbying" pressures. This is a central truth of our politics that ought to be explored. But NPR promptly brought on Aaron David Miller to refute it; Miller said it was a "myth" that lobbying affects US policy.

Just as an NPR host two days ago allowed the Anti-Defamation League to label Keith Ellison's statement about the Israel lobby a "bigoted" claim of a "Jewish conspiracy." Just as Chris Hayes said last night on MSNBC that paleo-conservatives' claims of the existence of a Zionist lobby smack of anti-Semitism. I suppose it is anti-semitic for me to point out that the executive vice president at Hayes's company, Comcast, is a Jewish-American who has shown ardent support for Israel, raising money for Israel's soldiers right along MSNBC favorite Ed Rendell. Or that an executive vice president at Time Warner, which owns the other liberal cable network, is a Jewish-American who wrote speeches for Benjamin Netanyahu.

This is not a conspiracy; it is a belief system about the need for a Jewish state that runs deep in a very empowered American community and is only now being interrogated as an affront to liberalism. Walt and Mearsheimer tried to talk about it 10 years ago, and they were smeared. PS. And don't blame the Christian right; they don't tell Democrats what to say about abortion or gay rights or women's rights. As Wikileaks showed us, Clinton spent months cultivating Netanyahu and hedging the Iran deal. Obama could not throw Netanyahu under the bus.

I know that we should also be thankful to Kerry and Obama for this moment. 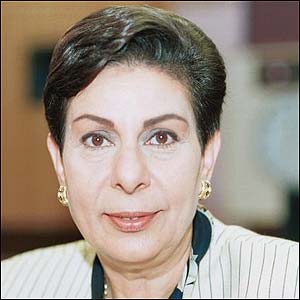 We are having the most open discussion about the settlements and the occupation and Israeli extremism that we have ever had in this country. The great Hanan Ashrawi was on CNN this morning explaining that Palestinians have a right to resist military occupation. Noura Erakat was on MSNBC twice yesterday unapologetically using the word "apartheid" to describe Israel's regime in the West Bank and East Jerusalem (10 years after Jimmy Carter used the word and was politically destroyed with the complicity of the Democratic establishment). Kerry himself used the word Nakba yesterday, it appears the first time a State Department official has done so, and that breaks a seal. Today the New York Times's Peter Baker quotes Ali Abunimah. Another breakthrough. Jeremy Ben-Ami says that 90 percent of Americans don't know the facts Kerry was telling them. Now they're learning. Chris Hayes is leading the way here by all-but-stating the two state solution is dead.

By their actions, Obama/Kerry have also exposed the haywire extremism of Netanyahu and the Israeli political leadership. Netanyahu is out of control, talking about his hidden proof that the Americans initiated the UN resolution, and it's a "declaration of war." He is only alienating world opinion more with everything he says. Last night the open battle between the two administrations was the top story on the networks. It is sure to change Israeli politics.

But again: Obama could have done this eight years ago, taken on Netanyahu, and he didn't. He could have precipitated this crisis, and he didn't. He made gestures toward doing so, but he was promptly branded anti-Israel, and Jeffrey Goldberg did nothing to stop that lie; and Obama's backup J Street, which had said it was going to drive a wedge on the issue of settlements inside the Jewish community, folded its hand and said, Let's just talk about borders.

That they are driving that wedge now is the achievement of Donald Trump: he finally gave the left-liberals political capital, by smashing the Clinton elites and dividing the Israel lobby with his extremism.

Now the liberals and the left are in the same camp. In one segment, Chris Hayes has Noura Erakat talking about apartheid and liberal California Rep. Brad Sherman saying that the Palestinian right of return means that Palestinians want to expel all Jews from the Middle East. These views are irreconcilable. Sherman is expressing bigotry. The Democratic Party will support justice in the Middle East only if it takes on the forces of intolerance in its own ranks. That means the Israel lobby. You can't defeat an enemy if you can't name it.

Philip Weiss is a longtime writer and journalist in New York. He co-edits a website on Israel/Palestine, Mondoweiss.net, which he founded in order to foster the movement for greater fairness and justice for Palestinians in American foreign policy. He is currently working on a novel about the US in Australia during WW2.
Related Topic(s): Benjamin Netanyahu; Israel; Politics; Secretary Of State John Kerry; Speech, Add Tags
Add to My Group(s)
Go To Commenting
The views expressed herein are the sole responsibility of the author and do not necessarily reflect those of this website or its editors.