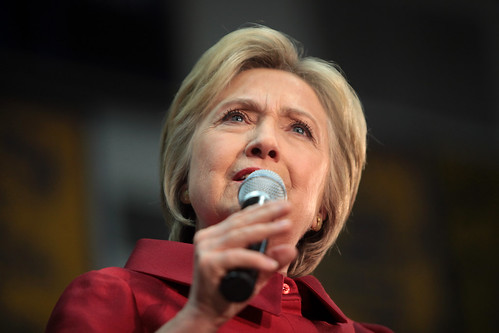 The record shows Hillary "We Came, We Saw, He Died" Clinton is the "Queen of War."

She is fully supported by virtually the whole US establishment; a bipartisan, neocon/neoliberalcon, regime change/"humanitarian" imperialist axis.

On the opposite side, for all his personal pathology problems and incoherent twitter-mouth ramblings, Donald Trump seemed to be on the money when he said that if elected, Hillary would use Syria to unleash WWIII.

To check out if that holds, let's start with an essential backup.

The "Queen of War," at the final US presidential debate in Las Vegas: "A no-fly zone [in Syria] can save lives and hasten the end of the conflict."

The "Queen of War," in one of her 2013 speeches to Goldman Sachs, published by WikiLeaks: a no-fly zone would "kill a lot of Syrians."

The Chairman of the Joint Chiefs Marine Gen. Joseph Dunford, speaking to the Senate Foreign Relations Committee: a no-fly zone in Syria "would require us to go to war, against Syria and Russia."

Predictably, the Clinton (cash) machine has been relentless promoting Hillary's no-fly zone. Whenever cornered, the machine switches the narrative to Russian hacking of the DNC. Edward Snowden, who knows a thing or two about cyberwarfare, stresses there is no solid proof Russian intel hacked the Democratic/Clinton machine. And if they actually did it, the NSA would know. The fact the NSA is mum reveals this is no more than information war.

Trump seems to have been more on the money when he insisted how Hillary will be outsmarted -- as she already was in the past -- when dealing with President Putin, who she has demonized as Hitler.

Related Topic(s): Hillary As Warmongering Hawk; Hillary Clinton Foreign Policy; Pentagon; Putin; Wwiii, Add Tags
Add to My Group(s)
Go To Commenting
The views expressed herein are the sole responsibility of the author and do not necessarily reflect those of this website or its editors.