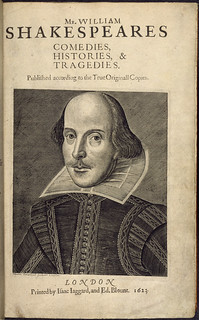 I am responding to the article by the Indian film actor Ms. Nandita Das here which makes the statement that, "If art was not subversive, conservatives would not feel threatened."

The article is just a series of loosely connected statements put together. First, the title. Why should art be subversive in order for it to lead to social change? Shakespeare and Dostoevsky are anything but subversive in the sense in which Nandita Das uses the term "subversive," by which I presume that a certain kind of belief or value system is challenged and questions are raised with regard to the perpetuation of a status quo that rests on those values or beliefs.

Kenji Mizoguchi and Charlie Chaplin -- would they qualify for subversion or would they be entertainers! The Italian neo-realist film makers -- should we be calling them subversive (Innovators, yes! And yes, too, if creation is a form of subversion)! Should we call the Marxist playwright Bertolt Brecht subversive, though Brecht's theater is directed at preventing the audience or the actor from empathizing with a role! Hence, the term "SpectActor" that Brecht coined to denote an actor who rejects empathy and an audience that refuses catharsis.

The Pleasure of the Text -- Barthes called his book. It is physical pleasure that enables people to fall in love, make friends and create works of art. Hence, Barthes says: "The pleasure of the text is that moment when my body pursues its own ideas-for my body does not have the same ideas I do." The body knows what it is that makes it happy. The mind can be deceived and can be deceptive more than the body could ever be. Plato says in his Symposium that the same love that produces children goes into making works of art.

You don't bring children into the world for subversion or subversive activities. If someone thinks that having babies is about subversion, I think they are slightly mistaken. Subversion is not something you choose either as an artist or as a revolutionary. Otherwise you would have schools and colleges where subversion is taught and promoted. Likewise, you cannot reduce works of art to politics as an expression of subversion while political they are for sure. None other than Che Guevara says in his "Socialism and Man in Cuba,": "At the risk of seeming ridiculous, let me say that the true revolutionary is guided by great feelings of love. It is impossible to think of a genuine revolutionary lacking this quality." It is love that makes people dedicate themselves to changing the world or creating beautiful things and not a need to be subversive.

My favorite poets, Nazim Hikmet, Pasolini and Adrienne Rich are political in the most subversive way possible in everything that they wrote and did. I read them for the incredible pleasure the writing gives me. Like the dramas of Euripides, the films of Mizoguchi are a serious commentary on the history of patriarchal violence. I see them for the aesthetic value and the sensitivity with which Mizoguchi constructs those beautiful faces on the screen. Shakespeare's History Plays are about how men behave when they have power. Shakespeare's genius is dedicated to analyzing human nature -- that's where the greatness lies. Richard the Third without doubt is a subversive play. The audience is interested not in the subversion, but in the genius of characterization.

The "conservatives" don't feel threatened because they are the owners of the art that Nandita Das is talking about. The misguided mobs are usually goons who do these things for a fee and some other times because they are indoctrinated. Yet, who can deny that they predominantly come from the lower classes. It is the tacit support from the middle classes and the overt control by the upper classes that creates the contradictions that Nandita Das fails to mention. That's the conservatism we need to challenge because it forms the basis of both censorship and repression.

"Freedom of expression fuels good and bad, but we have to take the leap of faith in the hope that only good will survive the test of time." This line from Nandita Das sounds like Mother Teresa writing a preface for a manual to be used by the Missionaries of Charity when they encounter the "holier-than-thous" on their way. What Nandita Das is defending is just conformism of another kind that likes to speak in the language of subversion. At heart it is reactionary because it does not touch on contradictions related to class and one's own social position within that class.

What I would certainly consider subversive is what the folk singer S. Kovan is doing in the Indian state of Tamil Nadu and for which he is just now in jail. Through powerful songs, which you enjoy without knowing the language, he criticized the government for being a friend of the powerful liquor lobby and for encouraging alcoholism among the poor through bars run by the state itself.

Poor men drink because of their unbearable and humiliating condition. They destroy themselves and their families in the process, which is exactly what the government and the corporations want them to do. They do not want the poor to know how badly they are being exploited. Therefore, Kovan is arrested on charges of sedition, if nothing else because he is exposing the agenda of the government to the masses.

Artists are visionaries and poets because they open the doors and windows in our souls to that haunting light of what a world freed of repression looks like. It's a world arriving from the future that someday will meet the present. It is the job of the artist to keep that little persevering flame of another world alive in the human heart. That's how Faulkner ends his Nobel Prize Acceptance Speech:

"I believe that man will not merely endure: he will prevail. He is immortal, not because he alone among creatures has an inexhaustible voice, but because he has a soul, a spirit capable of compassion and sacrifice and endurance. The poet's, the writer's, duty is to write about these things. It is his privilege to help man endure by lifting his heart, by reminding him of the courage and honor and hope and pride and compassion and pity and sacrifice which have been the glory of his past. The poet's voice need not merely be the record of man, it can be one of the props, the pillars to help him endure and prevail."

The common person has to "endure and prevail" in a hopeless, cruel and self-centered world. Art saves the human soul from cynicism and blindness to the existence of others around us. In the process, of course, subversion takes place. Who is a greater subverter than the poet-prophet William Blake, who writes in his poem "Jerusalem:"

Bring me my bow of burning gold!

Bring me my arrows of desire!

Prakash Kona is a writer, teacher and researcher who lives in Hyderabad, India. He is currently Professor at the Department of English Literature, The English and Foreign Languages University (EFLU), Hyderabad.

Related Topic(s): Love; Poets; Reactionary; Repression; Sedition; State, Add Tags
Add to My Group(s)
Go To Commenting
The views expressed herein are the sole responsibility of the author and do not necessarily reflect those of this website or its editors.

Government of India versus the Ambedkar Periyar Study Circle

Lynching the "Rapist": a horror greater than the Rape

Reflections on Cuba: from Communism to Consumerism