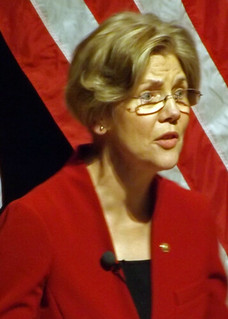 In fact, the whole reason the colonists started the United States was because individuals and small businesses wanted to fight back against the dominant corporation of the day, the British East India Company.

By the 1770s, the British East India Company, despite being the most powerful corporation in the world, was essentially bankrupt and faced fierce competition from small-business owners who were cutting into its tea trade with North America.

And so it lobbied the Parliament of Great Britain to pass the Tea Act of 1773.

This act gave the British East India Company total control over the North American tea trade, exempted it from having to pay taxes on exported tea, and gave it a refund on any tea it was unable to sell.

It was the largest corporate tax cut in the history of the world, and set up the East India Company to pull a Walmart and put all the small, local tea shops across the US out of business.

Not surprisingly, this really angered the colonists.

They were furious at seeing their business undercut to help out a big corporation, and so a group of them in Boston known as the Sons of Liberty decided to take action.

On the night of December 16, 1773, they stormed a group of ships docked in Boston Harbor and tossed chest upon chest of East India tea into the freezing winter water.

The events of that night, now known as the Boston Tea Party, set off another chain of events that eventually led to the Declaration of Independence and the creation of our republic.

That's right, conservatives: The American Revolution started with an act of corporate vandalism by the good citizens of Boston!

The Boston Tea Party is just one example, though, of a much larger trend in US history.

And that trend is the trend of "We the People" taking action, both through movement politics and through our democratic government, against entrenched corporate power.

From the 1770s until, really, the Reagan era, Americans rose up every few decades or so to reclaim our democracy from the economic royalists who'd hijacked it.

Related Topic(s): Jamie Dimon; Money; Revolution; Senator Elizabeth Warren, Add Tags
Add to My Group(s)
Go To Commenting
The views expressed herein are the sole responsibility of the author and do not necessarily reflect those of this website or its editors.