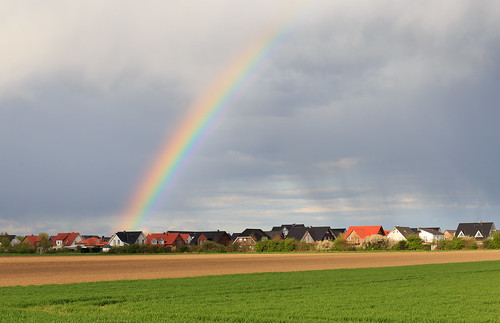 Where I live things are different. Our government officials vote the way we would decide because they spend their time here among the community and know the people they live with and how they think about things.

Because or politicians live among us they know that we know how they live, who they associate with, what they do in their spare time and they know we expect them to be individuals of outstanding character. This is easy to observe because if you are a politician that represents a grid space you must live within that grid. If they do not live up to the community's expectations they are voted out of office.

All of our elections are highly accountable. All votes are on paper ballot and all ballots are stored for ten years. All residents of the nation are officially registered to vote as soon as they get their drivers license. Individuals that cannot, for some reason, get a drivers license are required to register for a national ID and are automatically registered to vote. Voter turnout in our nation is almost 100% because the nation requires them to vote. There are various positive incentives to voting. Businesses are required to pay you a day's wages for each election that the nation holds so that no one has to get to a place to vote and worry about work. Individuals that have voted in all elections get a 10% reduction in their national taxes. There is also a tax penalty if you do not vote. Individuals are required to fill out a tax form once a year and if you have missed more than two votes in your grid you are penalized on your national taxes.

We know quite a lot about all of our politicians because we have a very logical way of districting our nation. Political districts are laid out on a square grid. There is no gerrymandering. Representatives represent only the group of individuals that live within a certain grid space. In areas with a higher population density the grid dimensions are scaled down. Areas with a lower population density have larger grids. Since we have our political representatives live with us we see them amongst us and interact with them. It is not like other nations where people rarely see or speak with their political representative.

This form of representative government has worked out well for the inhabitants of the nation. Our health care is unique among nations. All of our hospitals are owned by the nation and are officially teaching and learning, research and development institutions. Health care is paid for by our taxes. Our hospitals also help patients from out of our nation by charging them reasonable fees and refusing to accept any insurance if the patent has any. Medication is also provided because the nation has mandated that the hospital system is responsible for producing the pharmaceuticals that patients need. A small profit is made on all pharmaceuticals that are sold world wide.

Our nation also produces some of the most well educated students in the world. Education is the base of our society and is provided to all students as long as they maintain an acceptable grade average. Academics is not the only form of education. Vocational education is also provided for those that chose not to take an academic path. Our youngsters usually stay local after they finish their education and contribute to local society. Kindergarten through 12 th grade students go to local schools in their own neighborhood. Classes are always limited in size by law and teachers are paid very well, are highly educated in their subject area as well as in teaching theory and psychology. Our colleges produce renown educators, scientists and engineers, as well as leading liberal arts individuals. Usually a graduating class has all of its students placed in good career starting positions prior to graduation. Fifty percent of our college graduates are twenty years of age or younger.

Crime in our nation is very low. Because all businesses in the nation are owned and operated by people that live within the nation there is full employment. The nation closely monitors all businesses and its employees. If an employee is laid off or fired the nation usually contacts the citizen within two or three days to assist them in finding employment. Citizens who are gainfully employed generally are not out looking for victims. This has reduced the load on the state for incarcerating citizens. The state has chosen to focus on rehabilitation of individuals that have been convicted of criminal offenses. Our police force is highly educated and is rotated out of positions where they interact regularly with the general public. The nation has recognized that constant interaction with the general public results in officers that are indifferent to the lives of the very people that they are here to serve. Our police are seen as a positive and helpful presence in all communities that they serve.

Banking in our nation is also local. There is a nation run bank that is the backbone of our system. The national bank supports many local banks which, in turn, support the local economies that they serve. The national banking charter mandates how all banks are run. Banks are required to support and invest in local communities and are required to maintain adequate reserves so that money comes out of the vault and is not manufactured out of thin air.

Because of the national involvement in businesses we have a diverse and locally owned press. The press is considered another branch of the government while being completely independent of the nation's government. Because it is not a national entity our press is in many ways our citizens oversight committee. The press keeps a very close eye on all government proceedings at the national and local levels and the grid is informed through reporting by the press. No individual or company is allowed to own more than one media outlet.

Energy costs in our nation are low because the nation has many solar/wind farms that are responsible for almost all of the electricity production in the nation. There is a national run monopoly that produces all electricity for the national power distribution system as well as other forms of energy necessary for society. Our citizens use locally produced electricity and pay the lowest electric bills in the world because of the wisdom of our government.

The nation also runs a nation-wide computer network. The nation is prohibited by law from snooping on its citizens. Citizen privacy is of utmost importance because the nation tries to encourage citizen uniqueness and believes that watching our citizens closely discourages uniqueness and creativity. Global internet access is through highly monitored gateways. Traffic through these gateways is closely monitored so that citizens are protected from spying by extra-national businesses, government(s), and protected from outside viruses and other types of cyber crime. Raw internet is also available to the press, providing they meet national security standards, so there is no censure of world news and views.

The national government has a very progressive income tax scheme. Taxes increase as you increase your income. Because the nation takes more and it recognizes the responsibility of assisting citizens when they file their national taxes. This ensures that each citizen and business pays the minimum tax legally possible. It has also resulted in very few citizen or businesses being audited by the nation. The nation does all it can for both citizens and businesses that are within the nations boundaries. The progressive nature of the national income tax helps keep income inequality within an acceptable band and helps to make sure no one individual, business or businesses become rich enough or powerful enough to influence the nation.

There is also an inheritance tax. When and individual dies the nation automatically inherits approximately 90% of their wealth. The family members all get a sizable piece of the inheritance but the nation goes to great lengths to ensure that no individual gets a unfair advantage just because their parent(s) was successful. Individuals are expected to provide for themselves and the nation does all it can to provide a fertile environment for citizens to prosper.

A well run and regulated national government that is closely watched by its citizens and the press has resulted in a nation that cares for its citizens. Its citizens therefore are free, healthy, educated and happy. The nation has adequate funding to supply a great environment for its citizens.

I am a regular guy. I attended several colleges in my youth and finally achieved a bachelors degree in engineering. After several white collar positions I flounderd around and lost everything except my wife (more...)
Related Topic(s): Access; Citizens; Creativity; Education; Gerrymandering; Government; Health; Health; Housing; Inequality; (more...) Police; Privacy; Responsibility; Spying; Taxes; Voting, Add Tags  (less...)
Add to My Group(s)
Go To Commenting
The views expressed herein are the sole responsibility of the author and do not necessarily reflect those of this website or its editors.