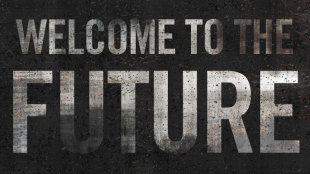 From tides.it/wordpress/tag/distopia/: distopia | Tide Blog
(Image by Unknown Owner)   Details   DMCA
One key to human conflict in the West, and by extension, everywhere the West interferes, is so deeply ingrained that the average person is completely unaware of its power. It is the ontology that silently emerges from Newtonian Physics. That's the purely materialistic, local, deterministic universe where everything that exists can be described in separate and distinct concrete terms. In this universe, every action and reaction can be calculated by knowing initial and boundary conditions, the applicable entailing laws and doing the appropriate mathematical calculations. Consequently every person is an individual with only his or her own interests to protect. And every problem has a single cause and solution. And finally there is a right or wrong mutually exclusive solution to every conflict.

There's only one major problem here. At the most basic level, the universe doesn't work this way. Everyone is connected to everyone else. Objects are spatial extensions, seemingly distinct but never separate from a coherent fabric: Very much like a single ocean wave, a distinct form that appears as something apart for a time and returns to the body of water it never left. The universe is a system and every part of a system affects every other part.

In the West, these social constructions are based in the Newtonian understanding of reality with Einsteinian enhancements. Even the epistemological poles of empiricism and rationalism, embodied and energized in the postmodern dialectic, arise from the distinctions created by Newton's mechanics.

So where do we go from here? If we know that this is at the core of the complex conditions giving rise to the seemingly interminable and intractable human conflicts that plague us, what do we do now?

For change to happen, we must confront the specific ideologies that enshrine the Newtonian mechanical model of reality: popular science and revisionist postmodern religion. They've both become ideologies because in their own ways, they're intractable in spite of any evidence to the contrary. And yes, although religion earns the most negative publicity today, it might surprise some that scientists are also prone to ideological defenses of favored theories and models. At the extremes, science today has all the earmarks of an ideology. But scientism, the belief that science alone will eventually explain all phenomena, seems to have reached its limit. One needs look no farther than the latest available findings at the Large Hadron Collider, LHC. They suggest that the sacred Standard Model of Particle Physics, SMPP, may no longer be able to completely and accurately describe the subatomic level of our universe.

Our discovery of the quantum level of the universe shines light on the dark space between epistemological poles of rationalism and empiricism. It has the potential to be the unifier between Newtonian discrete physicality and religious mysticism.

So we come to the key paradox: Is this a purely materialistic universe, a cold, dark realm of indifference, in which life emerged by accident? Or is it a spiritual universe, where we were created to please a petulant, sometimes vindictive creator so our souls can be saved? But the real universe is vastly different from either explanation.

The only true barriers to changing this entire planet for the better are unexamined human presuppositions based on the fallacy of separation and competition; Separation intensified by propagandized fear for profit sake; C ompetition intensified by a false belief in scarcity; All unexamined because we don't know what we don't know and are unwilling to courageously confront that fact directly.

If we did consider a reboot of the whole system, it would help to remember that we designed it without conscious awareness of the end game. We are on an unsustainable trajectory of depletion, waste and destruction of our only home.

Or course there are powerful forces supported by vast fortunes holding these presuppositions in place. But as these fortunes grow and become more concentrated in the hands of the few, one can only hope the masses will wake up in time to save our species from the horrors of a dying planet and with that the end of life as we know it. I don't mean the life of the planet. Once the damage of human waste ends, the planet will cleanse itself and recover. We may not be here to enjoy it.

Related Topic(s): AWARENESS; Abundance; Competition; Conflict; Fallacy; Ideology; Physics; Religion; Scarcity; Science; (more...) Waste, Add Tags  (less...)
Add to My Group(s)
Go To Commenting
The views expressed herein are the sole responsibility of the author and do not necessarily reflect those of this website or its editors.