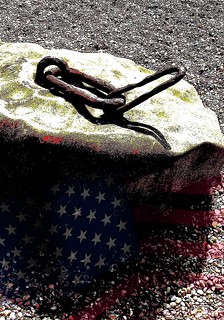 According to the official economic fairy tale, the US economy has been in recovery since June 2009.

This fairy tale supports America's image as the safe haven, an image that keeps the dollar up, the stock market up, and interest rates down. It is an image that causes the massive numbers of unemployed Americans to blame themselves and not the mishandled economy.

This fairy tale survives despite the fact that there is no economic information whatsoever that supports it.

Real median household income has not grown for years and is below the levels of the early 1970s.

There has been no growth in real retail sales for six years.

How does an economy dependent on consumer demand grow when real consumer incomes and real retail sales do not grow?

Not from business investment. Why invest when there is no sales growth? Industrial production, properly deflated, remains well below the pre-recession level.

Not from construction. The real value of total construction put in place declined sharply from 2006 through 2011 and has bounced around the 2011 bottom for the past three years.

How does an economy grow when the labor force is shrinking? The labor force participation rate has declined since 2007 as has the civilian employment to population ratio.

How can there be a recovery when nothing has recovered?

Do economists believe that the entire corpus of macroeconomics taught since the 1940s is simply incorrect? If not, how can economists possibly support the recovery fairy tale?

We see the same absence of economics in the policy response to the sovereign debt crisis in Europe. First of all, the only reason there is a crisis is because instead of writing off that part of the debt that cannot be paid, as in the past, so that the rest of the debt could be paid, creditors have demanded the impossible -- that all the debt be paid.

In an attempt to achieve the impossible, heavily indebted countries, such as Greece, have been forced to reduce old age pensions, fire government employees, reduce social services such as health care and education, reduce wages, and sell-off public property such as ports, municipal water companies, and the state lottery. These austerity packages deprive the government of revenues and the population of spending power. Consequently, consumption, investment, and government spending all fall, and the economy sinks lower. As the economy sinks, the existing debt becomes a larger percentage of the GDP and becomes even more unserviceable.

Economists have known this ever since John Maynard Keynes taught it to them in the 1930s. Yet there is no sign of this foundational economics in the policy approach to the sovereign debt crisis.

Economists it appears have simply vanished from the earth. Or, if some are still present, they have lost their voices and do not speak.

Understand the economic destruction that globalism has wreaked on the United States. Millions of middle class factory jobs and professional skill jobs such as software engineering and Information Technology have been taken away from the American middle class and given to people in Asia. In the short-run this drops labor costs and benefits the profits of the US corporations that offshore the jobs, but the consequence is to destroy the domestic consumer market as jobs that permit the formation of households are replaced with lowly paid part-time jobs that do not.

If households cannot form, the demand for housing, home appliances and furnishings declines. College graduates return home to live with their parents.

Part-time jobs hurt the ability to save. People are only able to purchase cars because they can get 100 percent financing, and more in order to pay off an existing car loan that exceeds the vehicle's trade-in value, in a six-year loan. These loans are possible, because those who make the loans sell them. The loans are then securitized and sold as investments to those desperate for yield in a zero interest rate world. Derivatives are spun off these "investments," and a new bubble is put in place.

When manufacturing jobs are offshored, the US plants are closed, and the tax base of state and local governments declines. When the governments have trouble servicing their accumulated debt, the tendency is not to meet their pension obligations. This reduces retiree incomes -- incomes already reduced by zero or negative interest rates.

This unraveling of consumer demand, the basis for our economy, was entirely obvious at the very beginning. Yet junk economists or hired corporate mouthpieces promised Americans a "New Economy" that would provide them with better, higher paying, cleaner jobs to take the place of the jobs moved abroad. As I have pointed out for more than a decade, there is no sign of these jobs anywhere in the economy.

Why did economists make no protest as the US economy was shipped abroad and deep-sixed at home?

Globalism also devastates "emerging economies." Self-sufficient agricultural communities are destroyed by the introduction of large-scale monoculture agriculture. The uprooted peoples relocate to cities where they become a drain on social services and a source of political instability.

Globalism, like neoliberal economics, is an instrument of economic imperialism. Labor is exploited, while peoples, cultures, and environments are destroyed. Yet the propaganda is so powerful that people partake of their own destruction.

Related Topic(s): American Capitalism; Economy Recession; Globalism; Jobs, Add Tags
Add to My Group(s)
Go To Commenting
The views expressed herein are the sole responsibility of the author and do not necessarily reflect those of this website or its editors.